Israel’s Defense Minister Avigdor Liberman went a step further, saying on Saturday the missile test was “not just a provocation and an act of defiance directed at the U.S. and its allies, including Israel.

“It’s also further proof of Iran’s aspirations to become a world power and to threaten not just the Middle East but all the countries of the free world,” Liberman warned.

“Imagine what would happen if Iran were to acquire nuclear weapons,” he said. “That’s what it aspires to do, and we cannot allow it to happen.”

“The weight of the Khorramshahr missile’s warhead has been announced to be 1,800 kilograms (4,000 pounds) … making it Iran’s most powerful missile for defense and retaliation against any aggressive enemy,” Iranian IRIB state television announced when unveiling the missile, which has a range of 2,000 kilometers, or 1,240 miles. It’s the third ballistic missile produced by Iran with a range long enough to strike Israel. 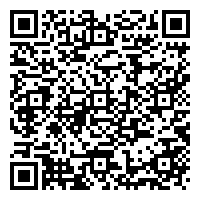