U.S. Ambassador to the United Nations Nikki Haley slammed a vote Friday by the World Heritage Committee of the UN Educational, Scientific and Cultural Organization designating the Old City of Hebron, and the Cave of the Patriarchs, as ‘a World Heritage Site in Danger,’ registered under the government of the Palestinian Authority.

The draft resolution passed in a secret ballot with 12 approving, 3 opposed and 6 abstentions.


The resolution was passed, said Haley, “despite protests by the United States, Israel and other countries.

“The UNESCO vote on Hebron is tragic on several levels,” Haley said in a statement released by her office.

“It represents an affront to history. It undermines the trust that is needed for the Israeli-Palestinian peace process to be successful. And it further discredits an already highly questionable UN agency.”

She added that the vote “does no one any good and causes much harm.”

In 2011, in compliance with statutory funding restrictions, the United States stopped funding UNESCO after it admitted the Palestinian Authority as a Member State, Haley noted. While the United States is still on the 58-member UNESCO Executive Board, it no longer has voting rights in the UNESCO General Conference.

“The United States is currently evaluating the appropriate level of its continued engagement at UNESCO,” she said.

He added that “it demonstrates a severe abuse of the emergency mechanism. “It is disconcerting that UNESCO member states have adopted yet another cynical distortion of reality, a subversive attempt to rewrite history and deem the Old City of Hebron as a Muslim-Palestinian site alone while denying its historic and religious importance to Jews and Christians.”

The Conference of Presidents of Major American Jewish Organizations weighed in as well. “[The] resolution on the Cave of the Patriarchs and Hebron disregarded the facts presented in a report by UNESCO’s own independent panel of experts and ignored their recommendation against adding them to the list of World Heritage Sites in Danger at this time,” Conference Chairman Stephen M. Greenberg and Executive Vice Chairman and CEO Malcolm Hoenlein said in a joint statement.

The New York-based Anti-Defamation League likewise condemned the vote, pointing out that the Palestinian Authority had once again showed it is not a serious partner to peace.

“UNESCO unfortunately succumbed to the manipulations of the Palestinian Authority to politicize holy sites,” said Jonathan A. Greenblatt, ADL CEO.

“The international community should be aware that efforts such as the Palestinian campaign to claim holy sites through UNESCO, not only undermines efforts to build Israeli-Palestinian trust, but reinforces the perception among Israelis and Jews around the world that the Palestinians do not recognize the Jewish connection to Israel and are not serious partners to peace.” 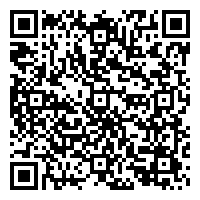