Prime Minister and Defense Minister Benjamin Netanyahu on Thursday, at the state memorial ceremony for the fallen of the 1973 Yom Kippur War, cited the main lesson from that war, when the Israeli government and the IDF ignored information about an imminent Arab attack, resulting in close to 3,000 Israeli dead:

“The IDF is prepared to preempt any threat, defensively and offensively, with crushing strength, in weaponry and in spirit. This is the tremendous spirit that was instilled in us by the generation of the Yom Kippur War,” Netanyahu said.


He was speaking at the Hall of Remembrance on Mt. Herzl in Jerusalem.

“The current focus of aggression in the Middle East is the Iranian regime in Tehran,” Netanyahu said, lest anyone misunderstand the subject of his speech. “Iran is striving to tighten its grip in Lebanon, Syria, Iraq, Yemen and the Gaza Strip.

“It is relentlessly arming itself. It is equipping its proxies with dangerous weaponry. It is attacking freedom of navigation in international shipping lanes. It downed a large American UAV. It mounted a crude and unprecedented attack on Saudi oil fields. It has repeatedly crossed its threshold of brazenness.

“Iran threatens to wipe us off the map. It says explicitly: ‘Israel will disappear.’ It has tried to attack us repeatedly; therefore, we must stand ready to defend ourselves against danger.

“We do not aspire to be ‘a people that dwells alone’ but thus we were forced to stand at the start of the Yom Kippur War; only towards the end did the American aid arrive. Like in 1973, today we very much appreciate the important support of the US, which has greatly increased in recent years, as well as the major economic pressure that the US is using on Iran.

“Even so, we will always remember and implement the basic rule that has guided us; Israel will defend itself, by itself, against any threat,” Netanyahu concluded.

Despite the conventional wisdom that Israel was surprised by the attack that did eventually come, the truth is Israeli Generals began to prepare for battle on October 5, convinced war was imminent the following morning. But US intelligence officials and Israeli analysts were skeptical about the threat of war.

Deputy Chief of Staff General Israel Tal feared war was coming and tried to convince his boss, Chief of Staff General David Elazar to take precautions and strengthen the front line with Egypt and call up reserves. By 5 AM on October 6, Elazar recommended a full, immediate mobilization of forces and a preemptive air strike. He was overruled by Prime Minister Golda Meir.

Thankfully, Israel’s current PM refuses to be complacent in the face of a clear existential threat to the Jewish State. 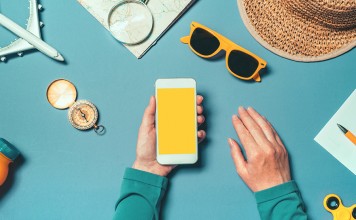 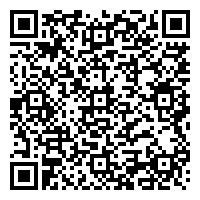