BREAKING NEWS: JUST AS THIS STORY WAS ABOUT TO BE PUBLISHED, THE JEWISH PRESS LEARNED THAT IBRAHIM WILL NOT RECEIVE THE AWARD AT THE CEREMONY, PENDING FURTHER REVIEW OF HER ALLEGED ANTI-SEMITIC AND ANTI-AMERICAN PUBLIC STATEMENTS.  SEE UPDATE AT BOTTOM OF ARTICLE.

This Friday, March 9, is International Women’s Day. First Lady Michelle Obama and Secretary of State John Kerry will mark that day by honoring ten women with the Secretary of State Women of Courage Award.  Very nice.  Except one of those women, Samira Ibrahim, hates the U.S., Jews and the Jewish State and she is delighted when Israelis and Americans are killed.  Not so nice.


Ibrahim is being honored for doing some very brave things.  She took a serious risk when she joined the protests in Cairo’s Tahrir Square in 2011 against the Mubarak regime.

Ibrahim was detained by police and was one of 17 women subjected to a horrifically degrading – both conceptually and in practice – “virginity test,” the goal of which was to humiliate her  and to prove that only “bad” women protest.  The official reason given was to protect Egyptian military from charges of rape by these women. Ibrahim also claimed to have been tortured and sexually abused while in the prison.

Rather than suffer in silence, as so many victims do, Ibrahim filed a lawsuit against the Egyptian government.  “I will not give up my rights as a woman or a human being,” she said at the time.

As a result of Ibrahim’s legal efforts, the Egyptian government banned those tests.  Good for her!  But based on public utterances Ibraham made, she not only does not care about justice for those different from herself, she actually applauds the death, torture and murder of others – if they are Jews or Americans.

In different statements, over the period of many months, the most recent in September, Ibrahim praised the 9/11/12 murder of four Americans, exulted at the death of 5 Israelis, quoted Hitler in Jews having a hand in all bad things, and said a Saudi official was worse than a “dirty Jew.”

Once these statements saw the light of day, originally in a story in The Weekly Standard, Ibrahim and U.S. officials have offered various excuses.  One of her excuses, which her U.S. government backers picked up, is that her Twitter account was hacked and she didn’t write any of the bad things on her account.  That doesn’t seem likely as the tweets – which were commented on at the time – remained in her feed without any public protest by her until the Standard story came out.

When I first heard Samira’s story, it moved me. Not simply because of the abhorrent injustice she experienced but also because of her bravery to speak the truth and to face those who would tell her to stay quiet. It takes a strong person to stand up for what is right in the face of ostracism and public scrutiny. Samira represents the model of how to stand up to fear, and the impact she has made reaches far beyond Egypt. It takes just one woman to speak out, and thousands of others around the world will listen and feel inspired to act.

Theron is a United Nations Messenger of Peace, focusing on eliminating violence against women, according to Time.   But not all women, apparently.  Because Ibrahim, whom Theron wrote so admiringly about, actually rejoiced when one women was blown to bits this summer.  That woman, Kochava Shriki, was one of the five Israeli tourists murdered by Hezbollah terrorists in Burgas, Bulgaria.  Just as she was leaving on her trip to Bulgaria, Shriki learned that she was pregnant for the first time.

When Shriki and four other Israelis were murdered, Ibrahim tweeted, “explosion on a bus carrying Israelis in Burgas airport in Bulgaria on the Black Sea. Today is a very sweet day with a lot of very sweet news.”

But it isn’t just the Jews Ibrahim hates.  When the U.S. diplomatic mission in Benghazi, Libya burned and U.S. Ambassador Christopher Stevens and three other Americans were killed, Ibrahim tweeted: “Today is the anniversary of 9/11. May every year come with America burning.” 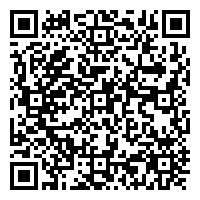