An assailant, reportedly a mental patient of Iranian origin, stabbed a rabbi and his son as they entered a Paris synagogue, the French newspaper The Local reported.

The assailant was said to have escaped from a psychiatric hospital near Lyon two weeks ago, but police have not confirmed the report.


The 49-year-old rabbi, who was identified only as “Rabbi Baruch,” was going into the Beth El synagogue around 7:30 a.m. with his 17-year-old son, apparently for morning prayers, when the attacker lunged for the rabbi’s throat with a utility knife or a box cutter. The rabbi suffered light to moderate wounds as did his son, who was stabbed in the neck. Onlookers quickly overpower the Iranian, and police took him into custody.

French television reported that the assailant was wearing hospital clothes. 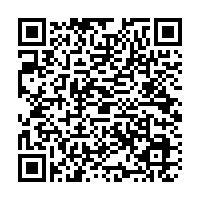