Israel set itself up for humiliation last week by staging a visit of the Barcelona soccer team at Tel Aviv’s Bloomfield stadium without the playing of the HaTikvah national anthem.


Obviously, the Israeli anthem would be sung in Tel Aviv, Israel’s capital according to the entire world outside of Israel, but it was not so obvious to the office of President Shimon Peres and the Foreign  Ministry.

Before the game in Tel Aviv, a meeting was held at the stadium, where representatives from other governments said that if the Israeli anthem were to played, then the same honor would have to be extended to the Palestinian Authority , Spain and an autonomous community of Spain, with the official status of a nationality.

“After discussions with the production team and the Foreign Ministry it was said that said it would be unpleasant,” senior officials from the office of President Peres reasoned. After all, playing four anthems would drag things out a bit, so they got by with playing only the Catalan anthem.

But why didn’t the same reasoning apply when the Barcelona team played in Bethlehem?

No one really had an answer for that, but it can be assumed that the Palestinian Authority would have threatened to cancel the soccer team’s visit if anyone had dared even mentioning the word HaTikvah.

Israel, of course, is always ready to make peace, and who needs a Zionist anthem anyway? That would only contradict  chairman Mahmoud Abbas’s terms for peace.

So even though organizers had agreed for it to be sung in Tel Aviv and even though singer David D’or was to sing HaTikvah, the announcement arrived that that it was cancelled.

Education Minister Shai Piron, of the Yesh Atid party, was not so condescending and announced that his ministry would not pay its share of 1 million shekels to finance the visit.

“If there is someone whose feelings are hurt hearing the Israeli national anthem, then they shouldn’t come at all,” ministry officials told the newspaper. “It is first-class chutzpah to come to the heart of Tel Aviv and then ask us not to play our anthem. And it is even a greater audacity by the organizers and the people of the Peres Center that they lowered their heads and agreed to it. It’s a scandal that would not have  passed quietly in  any civilized country. “ 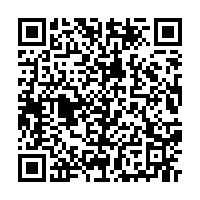