The European Research Council (ERC), the scientific body of the European Commission, has awarded one of its most generous collaborative basic science research grants, the Synergy Grant in the amount of €9,7 million, jointly to Tel Aviv University and Charité – Universitätsmedizin Berlin.

Together, research groups led by Prof. Judith Berman, head of the Fungal Drug Response lab in Tel Aviv University, and Prof. Markus Ralser, Director of Charité’s Institute of Biochemistry, will investigate the biological mechanisms that underlie the tolerance of fungal infections to antifungal drugs used to treat them. The goal is to inspire the development of new antifungal drugs and combination therapies that will be effective against lethal invasive fungal infections.


Most fungal infections, such as skin infections, oral or vaginal thrush, are not life-threatening. However, invasive fungal infections of the internal organs or bloodstream can have a high level of mortality (up to 50%), are often difficult to treat, and cause at least 1.6 million deaths per year, similar to the number of deaths from malaria or tuberculosis.

Importantly, there are only three classes of drugs (azoles, echinocandins, and polyenes) available to treat invasive fungal infections, in contrast to many more classes of antibacterial drugs. Because fungal and human (and other mammalian) cells are very similar, it makes it more difficult to identify drugs and new drug targets that can inhibit the pathogen without causing side effects in the patients.

When resistance or tolerance to such drugs arises, it greatly limits the ability of physicians to effectively treat such fungal infections. While the mechanisms of drug resistance have been studied extensively, mechanisms of drug tolerance, where some fungal cells continue to grow slowly despite the presence of the drug, are more complex and only beginning to be understood. The FUNGALTOLERANCE Synergy Grant will explore the role of transient metabolic responses in these fungal drug responses, which differ from classic bacterial drug resistance mechanisms.

“The situation in fungal pathogens is fundamentally different from the situation with drug-resistant bacteria”, explains Prof. Berman. Resistance in fungal pathogens is not as common and does not spread as rapidly as bacterial resistance. Rather, we find that fungal pathogens rapidly give rise to a subset of cells that continue growing slowly when they encounter the anti-fungal drug. This property is transient, and cells can switch back and forth between the ‘tolerant’ and ‘non-tolerant’ state—it is not caused by the types of mutations that provide resistance as in bacterial infections. Rather, it is a ‘phenotypic process’ and we need to understand it in order to treat it most effectively.”

One of the key hypotheses behind anti-fungal tolerance is that it is caused by metabolism. “We observed that cells of different types that grow together do so by exchanging metabolites and cooperating in metabolism,” adds Prof. Ralser.” This metabolic cooperation makes cells heterogeneous. We also have evidence that metabolic heterogeneity might explain key aspects of drug tolerance mechanisms.”

In a highly interactive work program, Prof. Berman and Prof. Ralser will now test thousands of pathogenic and environmental fungal strains for their levels of antifungal tolerance, and for their metabolic properties, and then compare the two. The work will involve collaborations with clinicians and biologists across Europe, Canada, and the United States. The goal is to find the key molecular processes that explain fungal tolerance and to exploit this knowledge to develop new therapeutic strategies and lead compounds that prevent the pathogen from becoming drug-tolerant or drug-resistant. 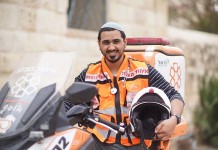 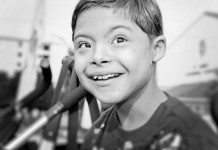 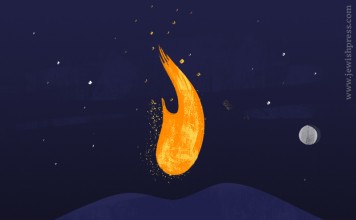