Israeli residents of the Har Hebron area have been suffering from reoccurring water cuts, the result of water theft by local Arabs during the summer months, a phenomenon which has returned in recent days.

A pirate connection to the main water line used for the theft of water from the Israeli communities of Carmel and Maon in Mount Hebron was discovered on Thursday.


In recent days, there has been a decrease in the amount of drinking water and water for agriculture that reaches the localities of Maon and Avigayil in the Hebron Mountains.

The residents were asked to reduce water consumption at home and elsewhere, despite the extremely hot weather last week.

An inspection by the staff of the Mount Hebron Regional Council and the Mekorot Water Company led to the exposure of pirate lines used to steal water from the Israeli communities. The stolen water ran to reservoirs set up by Palestinian Authority Arabs, from where they collect the water in tankers and sell it.

Yochai Damari, head of the Mount Hebron Regional Council stated that “the broken windows syndrome in Judea and Samaria begins with criminal terrorist activity and ends with hostile acts of sabotage that could and with injury”.

“Deterrence and governance must be restored,” he demanded. 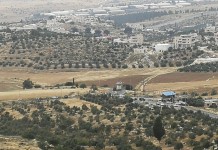 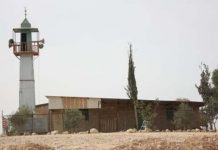 How Did the Shabak Capture the Terrorist from Friday’s Attack So Quickly? 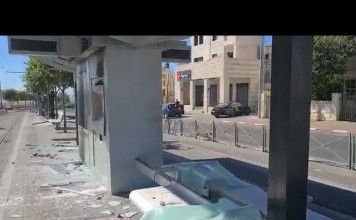 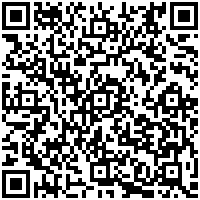