Billionaire Sheldon Adelson is frustrated by President Donald Trump’s failure, so far, to live up to his campaign promise to move the US embassy in Israel from Tel Aviv to Jerusalem “on his first day in office,” the New York Times reported late Friday. This frustration appears to be part of an emerging wave in the Republican party, so much so that, according to the same NYT report, a Trump tweet celebrating PA Chairman Abbas’ visit to the White House and saying it had been “an honor,” and predicting “something terrific” taking place “between the Palestinians & Israel” – has been mysteriously deleted.

Adelson will be in Israel at the same time Trump plans to visit, on May 22. He is sure to be watching from the better seats just how the president manages to juggle his excitement about the peace prospects with Abbas with his promises of unabashed support for Israel. Adelson is said to have approved of the president’s decision not to comment on PM Netanyahu’s announcement of a new settlement for the evicted families of Amona—so he’s certainly watching.

According to the Times, Lauder’s tireless promotion of the two-state idea was worrisome Trump’s chief strategist, Steve Bannon, who is a confidant of Adelson—one of the biggest GOP donors in the 2016 elections. Republican strategist Noah Pollak told the NYT: “The administration is likely to discover what its predecessors learned: that there is no deal to be had right now because the parties have unbridgeable positions on most of the issues.” said, adding, “We’re not worried Trump will [attack Israel for this unavoidable failure]. We simply hope the process of the administration proving to itself that no deal is possible will be quick and undramatic.” 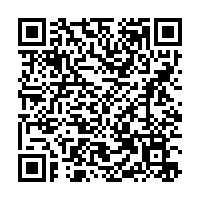