The Arab sector in Israel is sharply critical of the police after dozens of demonstrators and eight policemen, including the local police spokesman, were injured during a Friday afternoon protest rally in the city of Umm al-Fahm, some 15 miles northwest of Hadera, in the Arab Triangle.

An emergency meeting was convened in the city Saturday evening with members of the Umm al-Fahm Council, the Popular Committee, and the High Monitoring Committee of the Arab Public in Israel, at the end of which it was decided to call for local protest rallies on Sunday in all Arab localities. It was also decided to hold a large rally next Friday at the entrance to Umm al-Fahm.


The participants called on the government, the Ministry of Internal Security, and the Police Commissioner to immediately dismiss the commander of the Umm al-Fahm police station, Yitzhak Hovav.

Umm al-Fahm is considered the center of the Islamic movement in Israel. Since 1989, its mayor has always been a member of the Islamic Movement, which has a strong social and cultural impact on the local residents.

Umm al-Fahm was one of the focal points of the violent events of October 2000: violent demonstrations by city residents led to the blocking of Route 65 (a major artery connecting Hadera and Afula – DI). On the first day of the events, two of the protesters in the city were killed by police gunfire, and the next day another demonstrator was killed. The Or Committee, whose task was to investigate the events in all their aspects, harshly criticized Sheikh Raed Salah, head of the northern faction of the Islamic Movement and at the time the mayor of Umm al-Fahm. The committee also criticized Arab leaders from out-of-town and police conduct.

During the Friday demonstration, which was attended by about 500 people who carried coffins, the mayor, Samir Mahamed, confronted the local police chief and said that protesters had been attacked for no reason. At least 20 protesters were treated at the local medical center after for tear gas inhalation, and some were also hit by stun grenades and sponge balls.

Documentation from the beginning of the violent incidents shows police dressed in civilian clothes who, along with a riot police force, use a great deal of force against demonstrators while making arrests.

The protest, which took place for the seventh week in a row against the government’s failure to deal with crime in Arab society, developed into violent confrontations.

Among those injured in the demonstration was a business owner in his 30s, who was severely injured in his head and was evacuated to Rambam Hospital in Haifa.

MK Yousef Jabareen (Joint Arab List) was also injured by a rubber bullet and was taken to hospital in light condition. The mayor was hit in clashes by a stun grenade.

There is no doubt that the police used a great deal of force, including tear gas, sponge and rubber bullets, and stun grenades to disperse the demonstration. Rally organizers said police used excessive force, made violent arrests, and harmed protesters for no good reason.

The Police accused protesters of violence, despite attempts to calm the situation. A statement issued by the police said: “Starting in the afternoon, a violent demonstration began in Umm al-Fahm that included an attempt to block Route 65 and a massive stone-throwing at the police, during which eight policemen were lightly injured.”

The statement continued: “Despite repeated attempts during the week to talk to the protesters’ leaders, including the mayor, we did not receive cooperation from them, which ended in a violent riot that injured civilians and police. The police take very seriously stone-throwing and violence of any kind directed at police officers working to maintain law and order, and we will continue to act against any manifestation of violence against the police forces.”

Muhammad Walid, one of the organizers, said it was planned as a non-violent popular demonstration, to protest the functioning of the police. However, he said, “It was clear from the outset that the police had planned to confront the protesters. As soon as the demonstration began, the police brutally attacked them using means such as stun grenades, tear gas, and a water cannon, even though there were also women and children among the protesters. This brutal behavior has caused many injuries.”

MK Jabareen added at noon on Saturday: “The brutal and racist police have attacked non-violent demonstrators who demand personal security in the face of the rampant crime. The commander of the Umm al-Fahm station must resign immediately, this is the demand of the entire Arab public. The police who are strong against demonstrators and weak against the criminals will not break us.”

Dozens of Umm al-Fahm residents demonstrate in front of the Magistrate’s Court in Haifa Saturday night, Feb. 27, demanding the release of the four demonstrators who were arrested yesterday in clashes with the police. 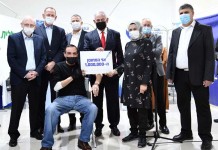 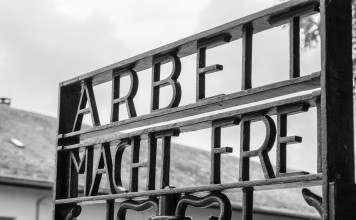 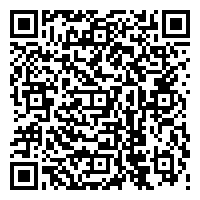