Israel’s Ben Gurion International Airport will close on Tuesday (October 4) in the hours prior to the start on sunset of the holy day of Yom Kippur.

Operations at the airport will cease at 2 pm, resuming several hours after the end of Yom Kippur, on Wednesday (Oct. 5) at 10:30 pm.


The first flight scheduled to depart the airport is set for 11:30 pm.

All public transportation ceases to operate in Israel each Yom Kippur; only emergency vehicles are allowed on the streets, which are filled with strolling Israeli teens, couples and families, children on roller skates, on bicycles, and in some cases on skateboards.

Nearly everyone wears white – including the members of the Black Hebrew community in southern Israel. It’s a time when even many non-observant Jews take time to review their past year and pray for a good year ahead.

Some 45,000 travelers are expected to pass through the airport in the hours before operations are suspended for the Yom Kippur holiday. And during the week-long holiday of Sukkot alone, authorities expect to see some 81,000 travelers.

Israeli officials say they expect more than two million passengers to pass through Ben Gurion International Airport this month, most of them during the Jewish holidays.

Staff is being increased to handle the skyrocketing traveler traffic; nevertheless, departing travelers are being told to arrive at least three hours prior to their flight time, and to check in early, online. 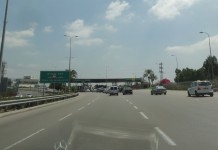 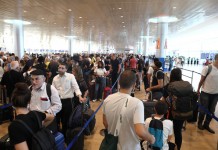 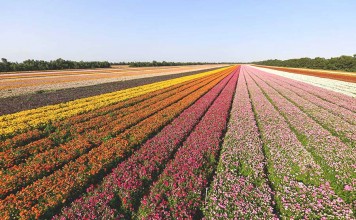