The government will debate on Sunday the appeal of Foreign Minister and Alternate Prime Minister Yair Lapid (Yesh Atid) against the decision of the Ministerial Committee on Legislation to support the Citizenship Law submitted by MK Simcha Rothman (Religious Zionism), as well as a similar appeal filed by Minister Tamar Zandberg (Meretz) against the bill, which is being promoted by Interior Minister Ayelet Shaked (Yamina).

Temporary Order 5763 was first passed on July 31, 2003, and most recently extended in June 2020 only to expire on July 6, 2021, over the opposition’s reluctance to make the coalition government’s job too easy, even at the expense of national security. The order, which was never enacted as a full law and had an annual sunset, makes non-Israeli inhabitants of Judea, Samaria, and Gaza ineligible for the automatic granting of Israeli citizenship and residency permits normally available to Israeli citizens via family reunification. It was never enacted as a permanent law in fear that the High Court would strike down the law completely.


The Citizenship bill was approved by the Ministerial Legislation Committee, over the objections of leftwing Ministers Tamar Zandberg (Meretz), Karine Elharrar (Yesh Atid), and Meir Cohen (Yesh Atid), with Minister Nachman Shai (Labor) abstaining. Justice Minister Gideon Sa’ar, who chairs the committee, told the objectors, including the Ra’am MKs: “You will not be able to prevent the approval of this law. The higher you climb, the lower you’ll fall.”

But then Lapid put his thumb on the scale.

According to Rothman, the verifiable quotas are intended to deal “with a situation where, for the first time in the history of the State of Israel, there are elements within the coalition who are interested in the entry of Arab residents of Judea and Samaria into Israel in large numbers.”

A confrontation broke out between Sa’ar, Shaked, and Zandberg during a debate last week at the Ministerial Legislation Committee, as a result of Meretz’s opposition to advancing the bill. After the vote, Lapid filed an appeal with the cabinet secretariat, which means that Rothman’s citizenship bill will not be promoted until after a renewed debate in the government on Sunday.

Minister Shaked told News12’s Meet the Press Saturday night that at least 100 MKs support Rothman’s bill, and urged Lapid to permit coalition MKs to vote their conscience. “The opposition behaved completely illogically six months ago, but it is now ready to support the bill,” Shaked said.

Of course, the coalition at the time also refused to consider the alternative law that Rothman had put forward, called “The Basic Law for Immigration.”

Shaked noted that 40% of those involved in the recent riots in the Negev came from families that had undergone family reunification with PA Arabs. “Most Israeli Arabs who carry out terrorist attacks are from such families,” Shaked asserted.

The Citizenship and Entry into Israel Law originated in the bloody days of the second Intifada, in a 2002 Cabinet order that froze the issue of citizenship on family reunification grounds between Israeli citizens and residents of areas governed by the Palestinian National Authority.

The law was extended in mid-2005 but limited its scope to those families where the husband is under 35 years of age and the wife is under 25. The law was tested against Israel’s Basic Laws—the closest thing Israel has to a constitution—after the Association for Civil Rights in Israel in 2003 filed a petition to have the law struck down.

The law was upheld by a 6-5 High Court decision in 2006, but the minority opinion, written by then-Chief Justice Aharon Barak, emphasized the temporary nature of the law’s effect, arguing that “the appropriate goal of increasing security is not justifying severe harm to many thousands of Israeli citizens.”

The law was challenged again in 2007 when several human rights groups and public figures petitioned the Supreme Court arguing that the law violated the right to family life and the right to equality of Arab citizens of Israel. In 2012, the Court issued its decision rejecting the petitions and confirming the constitutionality of the law.

The majority of the Court ruled that there was no violation of the right to family life or the right to equality and that to the extent that these rights were violated, the violation is considered proportionate and therefore justified according to section 8 of Basic Law: Human Dignity and Freedom. The majority explained that the Arabs in Judea, Samaria, and Gaza are considered enemy nationals, a relevant distinction that justified the law.

After the law expired on July 6, 2021, due to the opposition from Benjamin Netanyahu and Bezalel Smotrich who were looking to challenge and embarrass the right-wing of the coalition and overwhelm Interior Minister Ayelet Shaked with applications and paperwork, the number of PA Arab applications for residency increased considerably.

Interior Minister Shaked instructed the Population, Immigration and Border Authority to continue to act as if the ban on PA Arabs seeking Israeli citizenship were still in place until on January 11 the Supreme Court issued an order instructing the government “to act in accordance with existing law alone,” telling the Interior Ministry “it is no longer authorized to act based on a law, emergency provisions or regulations that were issued pursuant to it as long as this law is not in effect.”

During this period, Rothman and Shaked have been holding quiet negotiations to reach a compromise, which is what is now being put forward by both of them.

But Lapid, Labor, and Meretz may outmaneuver them this time, and the free exploitation by enemy Arabs of Israel’s democratic system would continue. 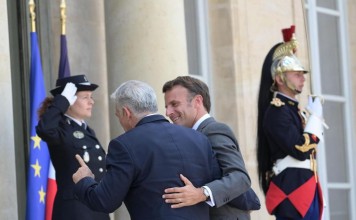 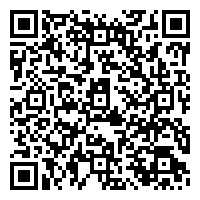