Two days ahead of the elections, former Education Minister Naftali Bennett of the Yemina party on Sunday claimed to expose details of the Deal of the Century diplomatic plan for the Middle East that US President Donald Trump plans to unveil after the elections.

Bennett exposed what he claims to be a map depicting the areas that will be under Israeli and Palestinian Authority (PA) sovereignty as envisioned by the American peace plan. The map depicts an almost complete PA control of Judea and Samaria. Bennett’s party later clarified that it wasn’t the actual map, but did represent the plan.

On Bennett’s map, dark blue is the Jordan Valley, black is the Palestinian state, and white are the islands of settlements.

Bennett, a right-wing politician, tweeted about the plan in order to warn right-wing voters not to vote for Prime Minister Benjamin Netanyahu, but rather for Yemina, the right-wing religious party of which he is part of.

In recent days Netanyahu has been urging right-wing voters to leave Yemina in favor of his party, the Likud. He has claimed that in order to have a chance to form a government, the Likud needs to be the biggest party in the upcoming Knesset, and therefore right-wing voters can make a more significant impact on the next government by voting for him.

Bennett’s claim came after Netanyahu said he plans to apply Israeli sovereignty to the Jordan Valley, if elected. “Netanyahu presented the treat in the deal of the century – sovereignty over the Jordan Valley. Have you asked yourselves what price he has paid? The answer is the ‘island plan’,” Bennett tweeted.

The islands are the small areas under Israeli control.

He warned Yemina’s voters of the consequences of Trump’s plan if Netanyahu is given the power to agree to it, without Yemina in the Knesset to prevent him from doing so.

“This is the ‘deal of the century’ that will come after the elections. In black – Palestine. In white – secluded Israeli ‘islands’ in an ocean of Palestine. Surrounded, 360 degrees, by Hamas, Tanzim and PLO. Hell for every resident of Ariel, Ofra and Kiryat Arba. The end of Israeli building in Judea and Samaria,” Bennett charged.

The Likud party has denied the details posted by Bennett, claiming the map he showed does not represent Trump’s peace plan.

“The map is incorrect and is not a part of Trump’s deal of the century. Complete fake news,” the Likud wrote in a statement.

During the cabinet meeting on Sunday morning, Minister Smotrich (Yamina) repeatedly asked Netanyahu about the areas between the settlements, as to what exactly will be their status? 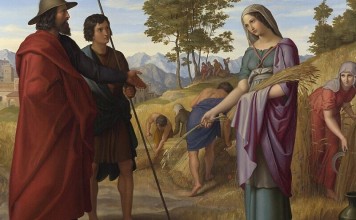 ‘Your People will be my People’: Shavuot Shout-out to Ruth’s ‘Daughters’ 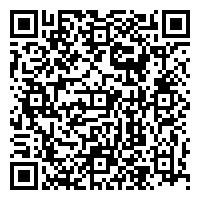