Prime Minister Naftali Bennett said at the opening of the cabinet meeting Sunday that “it can be said with caution that we are winning the fourth wave, the delta wave, but –” he continued, paraphrasing the immortal Yankee catcher Yogi Berra, “It’s not over until it’s over.” The original was, “It ain’t over till it’s over.”

Here’s another thing that’s not yet over: passing the government budget, the singular act without which the Lapid-Bennett coalition still doesn’t have its much needed legitimacy. The PM spent some of his opening notes, albeit several paragraphs into his speech, warning his ministers to keep the peace at least until the country finally gets its budget – first one since 2019.


“One last word on the state budget, which we will present at the end of the month for the Knesset’s approval,” the PM said. “This is an important budget, packed with reforms, which finally puts the country back on track and brings good tidings to the citizens of the State of Israel.”

“Remember, the last time a budget was passed was about three and a half years ago,” Bennett said, verbally elbowing his predecessor. “Now a good word for my friend, Finance Minister Avigdor Liberman, and in general to all the government ministers who are cooperating. I call here on my colleagues around the cabinet table, and especially the coalition MKs, we now need to focus on passing the budget, this is our main task for the coming weeks.”

“We must focus all our efforts to maintain coalition stability, so that we can advance the common goals for which we have come together and set out on a path together,” Bennett continued to hammer in his point. “Let’s focus, especially in the coming weeks, and in general, on our commonality and not on disputes. There’s no point in starting to rock the ship from one end to the other. Even when everyone has a really burning issue to respond to, and when you’re sure you’re right – let’s think about the bigger goal. The people have had enough of the petty disputes and quarrels. They expect something else from us, the members of the government and the members of the coalition.

According to Bennett, the government is expected to decide on Monday whether to expand the “Green Class” pilot program to the entire education system including the kindergartens, after receiving recommendations from the Ministries of Health and Education on the subject.

“The new logic is testing instead of isolation,” Bennett said.

The PM sounded an optimistic note when he mentioned that “over the weekend, the number of serious patients in Corona has dropped below 400, and the positive trend continues.” Nevertheless, he added, “We don’t take our foot off the gas, and we don’t take off the masks.”

In fact, the PM revealed, “while wer’e managing the gradual exit from the delta wave, we are preparing the infrastructure for the ‘Omega’ scenario—the code name for the next variant, and of course preparing for winter, for the combined effect of the flu and the Corona.”

In a reprimand of his predecessor, Bennett vowed: “We don’t fold down headquarters, we don’t shut down the Magen Avot project for the protection of the elderly, we keep the treatment systems for the virus open and functional, and continue to take care of the sequence of vaccinations and tests.”

As of Sunday morning, there are 388 Corona patients in Israeli hospitals, 157 of whom are on ventilators. 7,983 have died of the virus since the outbreak of the pandemic in February 2020. 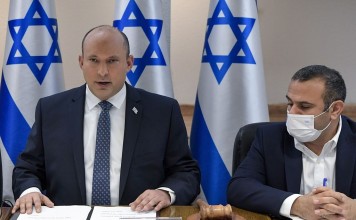 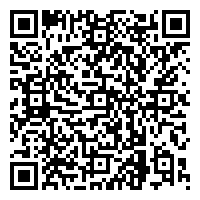