Secretary of State Antony J. Blinken late Wednesday night issued a statement titled, “The United States Opposes the ICC Investigation into the Palestinian Situation.” According to the Secretary, the ICC has no jurisdiction to investigate since Israel is not a party to the ICC and has not consented to the Court’s jurisdiction, and the Palestinians do not qualify as a sovereign state and so can’t be considered an ICC member state nor be able to delegate jurisdiction to the ICC.

“The United States firmly opposes and is deeply disappointed by this decision,” wrote Blinken, and noted that “the ICC was established by its States Parties as a Court of limited jurisdiction. Those limits on the Court’s mandate are rooted in fundamental principles of international law and must be respected.”

But then Blinken went about gaining some political profit from the situation, stressing that “the United States believes a peaceful, secure and more prosperous future for the people of the Middle East depends on building bridges and creating new avenues for dialogue and exchange, not unilateral judicial actions that exacerbate tensions and undercut efforts to advance a negotiated two-state solution.”


In other words, as of this day, the Biden state dept. will be holding the threat of an ICC prosecution over Israel’s head should the latter dare to stray from the two-state script, and so, a reassuring Blinken told the world: “We will continue to uphold our strong commitment to Israel and its security, including by opposing actions that seek to target Israel unfairly.”

Regardless of what Secretary Blinken thinks, International Criminal Court Prosecutor Fatou Bensouda declared on Wednesday that since the court had given her jurisdiction over the area in question, her investigation “will cover crimes within the jurisdiction of the Court that are alleged to have been committed in the Situation since 13 June 2014, the date to which reference is made in the Referral of the Situation to my Office.”

And by “situation” she means “the Situation in Palestine.” And regardless of what Secretary Blinken may feel about “Palestine” being a state, ICC Prosecutor Fatou Bensouda declared that “under the Rome Statute, where a State Party has referred a situation to the Office of the Prosecutor and it is determined that a reasonable basis exists to commence an investigation, the Office is obliged to act.”

So, as far as the Hague court is concerned, we already have a Palestinian State. All hail the smart boys who gave us the Oslo accords. Thank you, Mr. Peres, thank you, Mr. Rabin. What a legacy you left us.

And prosecutor Bensouda is no fool. She knew from the start, as far back as five years ago, that her entire scheme would revolve around the qualification of a non-state to be considered a state with legitimate standing. She explained that she “knew that one issue we would need to have resolved related to the territorial scope of the Court’s jurisdiction in the Situation in Palestine. For this reason, we took, as a responsible prosecuting Office, the preliminary step of seeking a ruling on the question, because it was important for us to obtain clarity on it at the outset, so as to chart the course of any future investigation on a sound and judicially tested foundation.”

Judge Péter Kovács (of Hungary), the dissenting judge on the ICC panel, issued a minority opinion that asked, “Did the Majority provide a practical answer to the Prosecutor?” and answered that it didn’t.

“After the first finding, adopted by unanimity and stating that ‘Palestine is a State Party to the Statute,’” Kovács wrote, “the second finding, adopted by the majority, stipulates that ‘as a consequence, Palestine qualifies as ‘[t]he State on the territory of which the conduct in question occurred.’”

But this supposedly clear wording of the finding conflicts with the other finding adopted by the majority, according to which “‘the Court’s territorial jurisdiction in the Situation in the State of Palestine extends to the territories occupied by Israel since 1967, namely Gaza and the West Bank, including East Jerusalem.’”

In other words, Kovács points out, the ICC appointed itself the arbiter not only of war crimes, real or manufactured, but also the authority on the borders of its imagined Palestinian State, an entity that does not exist and has not been sanctioned as such by any international body.

Which is why, according to Kovács, the court got cold feet and stated: “It is further opportune to emphasize that the Chamber’s conclusions pertain to the current stage of the proceedings.”

The reason for adding the phrase “at this stage of the proceedings” is unclear, writes Kovács, “This reasoning seems to suggest that, at a later stage of proceedings, the Court may arrive at a different conclusion. Of note, this lack of clarity is what the Prosecutor sought to avoid, as underlined in her Request and in her Response.”

Or, in words you and I can understand, the ICC panel performed a parlor trick, creating a Palestinian State for the purpose of launching the investigation against Israel, and in the future putting this baseless recognition back in their proverbial sock drawer.

This is very reminiscent of the US Supreme Court’s decision in Bush v. Gore, 2000, where the majority opinion that handed the goods to Bush at midnight concluded with the stunning statement: “Our consideration is limited to the present circumstances, for the problem of equal protection in election processes generally presents many complexities.” Or, in other words, this may be a Supreme Court ruling, but you can’t use it as legal precedence in future, similar cases.

On occasion, courts feel obliged to reveal—usually in a paragraph hidden somewhere under hundreds of pages of text—that they really did steal the penny from the vagrant on that street corner, but they’re certain to give it back some day.

And that, boys and girls, is what intentional justice is all about. 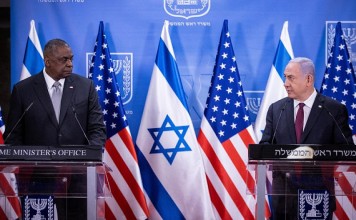 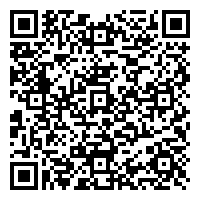