In the wake of an announcement that the University of Massachusetts (UMass) Resistance Studies Initiative, an official UMass academic unit, is co-presenting another anti-Zionist political event on campus, 84 education, faculty, student, religious, and civil rights organizations called on UMass Chancellor Kumble Subbaswamy to urge the university’s Faculty Senate to rule on whether faculty and departments should be permitted to use the university’s name and resources to promote an activist political agenda.

The groups had originally contacted Subbaswamy this past spring to raise serious concerns that three UMass departments – the Department of Communication, the Department of Women, Gender, and Sexuality Studies and the Resistance Studies Initiative – were sponsoring a politically motivated and directed event, “Not Backing Down: Israel, Free Speech, & the Battle for Palestinian Rights,” which took place on May 4th.  Featured speakers included Roger Waters, Linda Sarsour, and Marc Lamont Hill, outspoken anti-Israel activists who have engaged in anti-Semitic expressions including charges that Jewish Americans are more loyal to Israel than America, calls for the elimination of the Jewish state, comparisons of Israelis to Nazis, and other false and defamatory accusations about Israel and Israel’s supporters that draw on classic anti-Semitic tropes.

Alarmed that certain faculty members were attempting to use the imprimatur of their academic departments to promote personal politics at the expense of academic integrity and the welfare of students, the groups asked the Chancellor for assurances that UMass faculty “will not be permitted to use their academic position or the university’s name or resources to promote a personal, political agenda that compromises the university’s academic mission and imperils the safety and well-being of UMass students.”

Not long after the groups contacted Subbaswamy, the Rules Committee of the UMass Faculty Senate was directed to establish an ad hoc committee for developing guidelines regarding the departmental sponsorship of events. The ad hoc committee’s charge is to “explore the terrain around hosting, sponsoring and co-sponsoring events and to clarify the various issues that arise when the campus or units within host, sponsor, or co-sponsor an event held on or off campus.”

After noting their appreciation for this critical and necessary action and for Subbaswamy’s recent statement condemning the upcoming event and emphasizing the harm of BDS and an academic boycott to the academic mission of the university, the groups explained to Subbaswamy that these steps alone will not sufficiently address this repeated problem.

“[E]ven with your excellent statement and the Faculty Senate’s commitment to grappling with the parameters of departmentally-sponsored events, the underlying problem – faculty who feel entitled to use their academic positions and the university’s name or resources to promote their own personal political agenda, thereby undermining the academic mission of the university and fostering political, ethnic, or religious hatred on your campus – will not be adequately addressed.” They urged Subbaswamy to ask his Faculty Senate to directly answer whether “UMass faculty and departments should be permitted to use the name and resources of the university to promote an activist political agenda. Specifically, is this a legitimate use of academic freedom, or an abuse of it?”

The letter was coordinated by AMCHA Initiative. 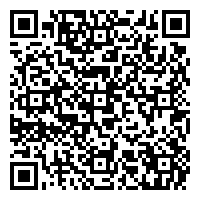