Russia has succeeded in capturing a missile shot by the advanced David’s Sling missile interception system, Chinese news portal Sina reported Wednesday morning. According to the report, on July 23, 2018, two David’s Sling missiles were launched against several missiles that had been fired from Syria at Israel. One of the two interceptors missed its target and fell in Syrian territory.

A Syrian military force was dispatched to the area and found the Israeli missile, which had suffered only minor damages in the fall. The Chinese report claims that the missile was taken to a Russian-Syrian base and then flown to Moscow, most likely for reverse engineering.


Moscow has not confirmed the report.

David’s Sling, formerly Magic Wand, is a joint product of Rafael Advanced Defense Systems and US defense contractor Raytheon. It is designed to intercept enemy planes, drones, tactical ballistic missiles, medium- to long-range rockets and cruise missiles, at a range of between 25 and 185 miles.

According to Aviation Week, The David’s Sling is a stunner—a two-stage interceptor missile—designed to intercept the newest generation of tactical ballistic missiles at low altitude. It uses on-board dual seekers to distinguish between decoys and the actual warhead of the missile. The multi-stage interceptor consists of a solid-fuel rocket motor booster, followed by an asymmetrical kill vehicle with advanced steering for super-maneuverability during the kill-stage. A three-pulse motor provides additional acceleration and maneuverability during the terminal phase.

The system became operational in April 2017.

An internal IDF investigation revealed that the David’s Sling system determined that at least one of the Syrian missiles would land in Israeli territory and it was decided to launch an interceptor. When it became clear that the attacking missile’s course had changed, it was decided to destroy the interceptor. But a second interceptor that was launched shortly afterwards did not hit its target, landed in Syria and was picked up by Assad’s army.

It was the first time the IDF used the David’s Sling, which is apparently being inspected somewhere in Russia as you’re reading this report. 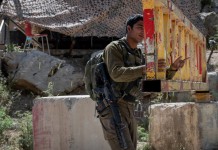 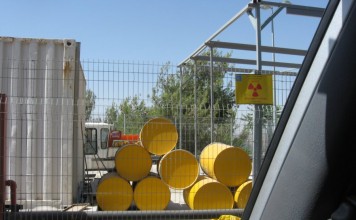 Where Am I: Radioactive Waste