Here, for your consideration, is the expected schedule for the continuation of the election process for the 24th Knesset and the formation of the next Israeli government.


Consultations before the assignment of assembling the government on a selected candidate will be held at the President’s residence after the election results are finalized, and had been delivered to the President by the Chairman of the Central Election Commission, Supreme Court Justice Uzi Vogelman at the end of eight days from the date of the election, under the provisions of section 11 of the Basic Law: the Knesset.

The judge will present the results to the President on March 31, 2021. The President will then have seven days to hold consultations, make a decision and assign the cobbling of the next coalition government to one member of the Knesset. This will be done no later than April 7, 2021, but can also take place earlier.

The continuation of the process according to Basic Law: Government:

If the President informs the Speaker of the Knesset that he does not see the possibility of forming a government, or he assigned to the second MK the job of forming a government and he or she also failed, or the MK informed the president that he or she cannot form a government, or a government was presented and the Knesset rejected it with a vote of no confidence, then a majority (61) of the MKs may ask the president in writing to assign the post of prime minister to an MK of their choice, who has agreed to this in writing – all of which must happen within 21 days.

If such a request is submitted by 61 MKs, the president must assign the position to the specific MK within two days, and this MK will be given 14 days to form a government.

In summary, these are the relevant dates to keep in mind:

As has become the norm over the past two years, the Knesset factions’ consultations with the president will be broadcast live from the President’s residence in complete transparency. 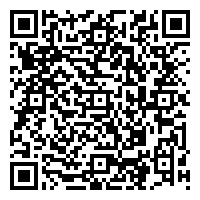