During the meeting, the Prime Minister and the Ambassadors discussed expanding ties between their countries, regional cooperation, and strengthening the Abraham Accords. 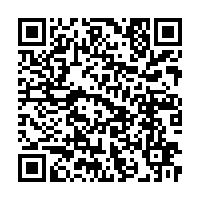