A video featuring the King, Elvis Aaron Presley singing Israeli composer Neomi Shemer’s Months Song went viral in Israel ahead of Rosh Hashanah, as thousands of Israelis enjoyed this pretend clip from the Ed Sullivan Show, complete with the grumpy host’s introduction and blessings for the Jewish State—most of them doubting its historic authenticity, but all of them loving the performance.

According to Raziel, the clip’s production took about six months, and included recruiting an Elvis impersonator (one of the very best) out of tens of thousands of candidates, and creating an English version of the familiar song.

“Once a year I do something for the soul,” Raziel told Haaretz, describing the reactions he received to the latest video as “crazy.” He himself was receiving hundreds of shares on his phone, including some from top Israeli popular stars. A radio host on Army Radio played the clip as a straight historic item, bringing great shame on the house of (Ya’akov) Bardugo.

Here’s the original played by the composer Neomi Shemer and a bunch of sweet Israeli kids. 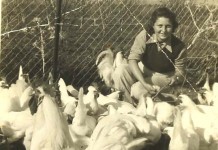 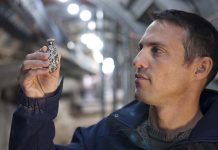 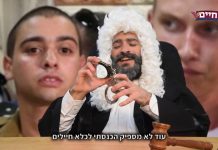 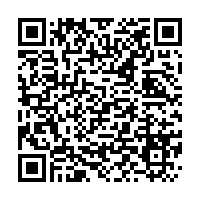