StandWithUs – which has 1.9 million followers across Facebook, Twitter and Instagram – saw unprecedented levels of engagement during the latest battle between Israeli and the Palestinian Islamic Jihad faction in Gaza. While pro-Israel’s voices are often drowned out on social media, StandWithUs (SWU) CEO Roz Rothstein believes the messaging in Operation Breaking Dawn in August of 2022 was effective and resonated with viewers.

“We pushed everything out in real time,” Rothstein tells me. “From actual people on the ground suffering from constant rocket sirens and having to get their babies and elderly parents into bomb shelters within seconds, to failed rockets launched by Islamic Jihad that backfired into civilian areas of Gaza. Giving people timely information during a crisis is an important piece of the puzzle in the fight for hearts and minds.”

This isn’t Rothstein’s first rodeo. For the last 21 years, StandWithUs has been on the forefront of the fight against antisemitism and anti-Israel bias.

StandWithUs was founded in May 2001 during the Second Intifada, following the murders of Shalhevet Pass, a ten-month-old baby killed by a Palestinian sniper in Hebron, and Koby Mandell and Yosef Ishran, two 14-year-old boys who were tortured and murdered by Palestinian teenagers in the hills of Tekoa.

At the time, Rothstein, a family therapist, and her husband, Jerry Rothstein, owner of an advertising company, watched the coverage and were dismayed by the lack of coordinated response from U.S. Jewish organizations. Together with Esther Renzer, a community activist, they organized an emergency meeting with 50 Jewish professionals, rabbis and lay leaders in the greater LA region. It became immediately clear that people cared deeply about the issue, but prominent Jewish organizations were focused on their organizational missions and had neither the resources nor the budget to devote to this project. And so, Roz and Jerry Rothstein (SWU COO) and Esther Renzer (SWU International President) took on the challenge, and StandWithUs was born.

Today StandWithUs is a powerful organization with programs in six continents. StandWithUs departments coordinate social media, legal challenges, high school and college student leadership programs, and middle school curricula. StandWithUs recently created a rabbi’s division, which provides support and tools to combat antisemitism and anti-Israel bias to rabbis across denominations, as well as a Holocaust Education Center, with the goal of bringing Holocaust education into schools and communities. StandWithUs has also taken on campaigns, like promoting the International Holocaust Remembrance Alliance’s Working Definition of Antisemitism (IHRA), and is actively fighting boycott efforts against Israel on campuses and beyond.

To better understand the scope of the organization, StandWithUs’s campus department engaged 170,000 students and hosted 700 programs on 265 campuses in the 2020-2021 academic year alone. Other StandWithUs on-campus activities include the Emerson Fellowship, established in 2007, which is a one-year program to educate and empower student leaders throughout the U.S., Canada, the UK, and Brazil, as well as a specialized Hispanic Christian student leadership program and an Israel fellowship on Israeli universities.

“21 years ago, people had little to no idea about the extent of antisemitism on college campuses,” Rothstein says. “Now people are more aware that there are professors who present one-sided anti-Israel views, and about Students for Justice of Palestine (SJP), a student group with chapters on 200 campuses. SJP groups bring boycott resolutions and anti-Israel programs, and push out misinformation about Israel, and then call for the punishment of Israel. All of this has intensified since 2001, and created a hostile environment for Jewish or pro-Israel students.”

Rothstein recalls how students came to her office begging for help when StandWithUs was first founded.

“They reported that they were alone, battling what they felt was rising antisemitism against Jews and the State of Israel,” she relates. “It starts with the excuse of the State of Israel. And it becomes increasingly antisemitic. Fifty percent of the world’s Jews live in Israel, and most of the other 50 percent either have relatives or friends who live in Israel. So Israel is a part of Jewish identity. Jews feel connected to the one Jewish country in the world, whether they’re religious or not. Jewish culture and history are tied to Israel. This is important because anti-Israel groups attempt to pretend that Israel has nothing to do with Jewish identity.”

Rothstein attributes a coordinated effort by large anti-Israel organizations for the rise in antisemitic and anti-Israel sentiment. She notes that these organizations work in lockstep, promoting boycott campaigns, and using slogans and language consistent with one another.

“It’s an antisemitic echo chamber of groups with the goal of destroying Israel and eliminating the Jewish right to self-determination,” she asserts.

Rothstein believes that misinformation about Israel is prevalent in many classrooms too, which consequently reinforces the notion that Israel has no right to exist.

“Far too many anti-Israel professors and student groups actually negate thousands of years of Jewish history in Israel and talk about Jews as foreigners who came from other countries as colonizers,” she reports. “Students who have little information are at risk of believing the revisionist history. Between the aggressive attacks by anti-Israel student groups and misinformation from NGOs and many professors, people who care about Israel, whether Jewish or non-Jewish, are often made to feel marginalized or on the defensive.”

And that is a part of StandWithUs’s core mission – to educate those who may be uncomfortable or feel unable to fully discuss Israel, giving them the information, tools and historical background that they need to be confident in conversations with peers, family members, and even professors.

In addition to supporting college students, StandWithUs made it a priority to educate high school and middle school students on Israel and Jewish history. In fact, during the 2020-2021 academic year, their high school programs reached 126,000 students across the U.S. and Canada. The IsraelLINK program for middle schoolers grew to over 280 schools, and has provided professional training and development to over 1,200 educators.

Still, supporting Palestine has become a social justice issue at a time when young people are increasingly politically engaged. Many young adults inadvertently rely on social media to gain an understanding of an issue. Rothstein notes that this leads to rampant misinformation, and that supporting Palestinians while simultaneously denying Israel’s right to exist is often promoted as the solution to the ongoing Palestinian-Israeli conflict by anti-Israel groups.

“People lack basic information about Israel,” she asserts. “Many are even unfamiliar with the map of the Middle East, and how small Israel is. And people don’t even realize they are vulnerable to misinformation, whether it’s in the classroom or on social media, from student groups, or anywhere else they get their information. This is why education is so important. We have said for 21 years that ultimately, education is the road to peace.”

StandWithUs also focuses on combatting antisemitism. Since its inception in 2014, StandWithUs’s Saidoff Legal Department has received over 2,000 requests for assistance. As antisemitic incidents spike, there has been a 40 percent increase in requisitions.

Rothstein is quick to point out that antisemitism has been expressed in a variety of ways in different generations, but at its core, it’s the same old hateful antisemitism.

“People who champion Israel’s elimination in order to promote Palestinian rights sound very convincing to those with a lack of information, and who may jump on what they perceive to be a social justice movement,” she states.

Rothstein worries about antisemitic copycat physical attacks, as the violence is shown repeatedly on social media platforms. She is proud that StandWithUs advocates for practical steps to better protect Jews, such as encouraging synagogues to apply for federal grants for security. StandWithUs has also been offering rewards for the capture and conviction of individuals who commit antisemitic hate crimes and continues to expose acts of bigotry on its social media platforms. In addition, StandWithUs amplifies the voices of elected officials who decry antisemitic attacks.

Rothstein has a message for people who deeply support Israel, but feel they can’t do much to protect its right to exist or to contribute to its security.

“One of the most successful ways to fight bigotry and misinformation is simply to stand against it,” she says. “When there is a boycott from companies like Ben and Jerry’s or Airbnb, for example, everyone can play a role. Ordinary people are very powerful. When a company receives a letter, they assume the writer represents a certain percentage of people. The more letters they receive, the greater the percentage of people the company accurately believes are represented. This is also true regarding letters to the editor about articles that omit or twist important information deliberately or inadvertently.” Roz also encourages people to engage in social media and participate in campaigns. “Everyone has a voice, and should use it, because together, we are a force for change.” 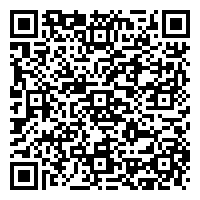