Disposable Items – not in my nature! Following changes in the culture of hiking and outdoor recreation among Israelis, Minister of Environmental Protection Gila Gamliel (Likud) is promoting an amendment to the rules of conduct and behavior in national parks that are currently outlined in the By-Laws for National Parks enacted in the 1960s.

Acting on the recommendation of the Nature and Parks Authority, Minister Gamliel will in the coming days complete receiving the required approvals from the Ministries of the Interior, Defense and Transport, and will soon pass the proposed rules to the Knesset Interior and Environmental Protection Committee, to be approved during the current Knesset.


The proposed rules are intended to address all national parks, update existing rules, and establish new provisions necessary to address the needs of Israel’s national parks, while opening the parks to the general public for outdoor recreational activities.

The rules include a ban on the introduction of disposable tableware and beverages. This prohibition is primarily intended to reduce the damage to nature from discarded disposable utensils which create large amounts of dispersed trash. These utensils endanger the animals in national parks, and damage the environment.

The proposed ban joins significant steps taken recently by local authorities who acted with the assistance of the Ministry of Environmental Protection to enact bylaws to limit the use of disposable utensils to combat the accumulation of trash, especially the disposable plastic waste at the beaches, in parks and water sources.

The new rules will also regulate driving in the parks, and prohibit all waste dumping except in containers designated for this purpose. There will be quiet areas in the national parks, in which the operation of various musical and sound instruments will be banned. Sailing will be regulated, including jet skis, and takeoffs, flights and landings of aircraft and gliders in national parks will be restricted.

Minister of Environmental Protection Gamliel said in a statement: “After we harnessed local authorities across the country to ban the introduction of disposable vessels to beaches, we will do the same in the national parks. We are promoting important rules that will dramatically reduce the hazards of waste in open areas. These new rules will help us keep nature clean and prevent harm to the animals that eat the discarded plastic. Together we will continue to work to make Israel cleaner!”

Director General of the Nature and Parks Authority Shaul Goldstein said in a statement: “Technological changes and the development of recreational culture in nature have necessitated a legislative update concerning public behavior in national parks. The proposed rules aim to enable the preservation of nature and heritage values ​​in national parks alongside the protection of animals who are damaged by the garbage left in the field, as part of the role of the Authority in increasing awareness in the areas of nature conservation among the public. I thank Sarah Gila Gamliel for her determination to remove these utensils from the national parks as part of the general fight against using them, and call on the public to participate in the national clean-up project of the Nature and Parks Authority and to create a pleasant and clean visit in nature.” 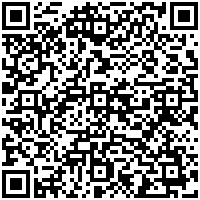