This past weekend, the social networks, including Facebook, Instagram, and Twitter, have started to block the accounts and posts of right-wingers who support the right-wing bloc. Among them was the prime minister’s son, Yair Netanyahu. This is not the first time the social networks have censored and blocked him – this time his account was blocked because he revealed the home address of Yamina MK Nir Orbach address so that protesters could come to his house and yell at him not to support the Bennett-Lapid government.

At the moment, Nir Orbach represents the 61st vote in favor of the new government, which is why the entire Likud and Religious Zionism parties’ effort has been targeting him. Orbach, a resident of Petah Tikvah, was even condemned by his mayor, Rami Greenberg.


MK Orbach himself, outside whose home Yair Netanyahu was urging people to protest, condemned the gagging: “If the managers on Instagram / Twitter blocked Yair Netanyahu because they wanted to intervene in my behalf – then thanks, but no thanks. In Israel, everyone is allowed to demonstrate and protest and I would be happy for it to remain so, even if the demonstration is directed against me.”

Orbach then cited Evelyn Beatrice Hall, who claimed in her biography of French philosopher Voltaire that her subject once said: “I disapprove of what you say, but I will defend to the death your right to say it.”

Pundit Yedidya Meir (husband of Sivan Rahav-Meir) was another right-wing Israeli Facebook blocked, deleting his column in the weekly Besheva. The column promoted doing everything in people’s power to stop the new emerging left-center-right-Arab government, short of violence.

Kan 11 Journalist Akiva Novik tweeted: “Facebook’s censorship of Yedidya Meir’s column is the epitome of gagging. Anyone who supports freedom of expression, not just his own, should be outraged by this alarming conduct.”

Yotam Zimri, who criticized the left-wing bloc over the weekend, received from Facebook a warning before his account would be blocked. Zimri, who hosts radio shows, writes political columns and appears as a regular on a satirical show on Kan 11, received his warning for encouraging people to come to Nir Orbach’s home to try and persuade him to ditch the new government.

Political commentator Amit Segal said on Friday: “Blocking the accounts of right-wingers, including Yair Netanyahu is as cowardly a move as it is cynical.”

Segal suggested that the timing of the blocking of accounts is suspicious, just days before Netanyahu leaves his official residence on Balfour Street. Segal compared this move to Twitter and Facebook banning the accounts of President Donald Trump after he had been ousted when they no longer feared his retaliation.

“This emits aromas of hypocrisy, self-righteousness, and gagging,” Segal claimed.

The Friday Channel 12 news show host Danny Kushmero, not exactly a right-winger himself, joined Segal, arguing that: “Facebook recognizes weakness and they use strength against the less powerful.”

Yoseph Haddad, a Zionist Israel-Arab had his post exposing lies in the NY Times taken down by Facebook.

Even the Internet editor-in-chief of JewishPress.com had a comment censored by Facebook this past week. What was amazing is that the comment was a word-for-word excerpt from, and link to, a 2018 post by radical leftwing Meretz MK Tamar Zandberg, in which the editor was pointing out exactly what Zandberg had said about Chabad. Yet the original post by Zandberg has not been censored by Facebook.

Facebook CEO Mark Zuckerberg said in a 2019 speech at Georgetown University that the company would not serve as an arbitrator of discourse, “because I believe we should continue to support freedom of speech.”

But a year earlier, in October 2018, Nick Clegg, a veteran of British political rough and tumble, was hired by Facebook as the company’s joint head of policy and communications. According to Politico (How Nick Clegg is trying to fix Facebook’s global image), Clegg insists that Facebook start telling its side of things. He told Politico: “I think it remains absolutely right that as the founder, the owner, the CEO, and the chair, he gets out there and explains his side of the story.”

“One of the things I constantly say to folk ’round here is, ‘Don’t go whingeing about the fact that people criticize Facebook.’ People who have been here from the beginning are, ‘Oh my gosh, isn’t it awful?’ I don’t mind that. I mean, I come from a world where everyone criticizes all the time. We really have very heavy duties to explain ourselves to the outside world.”

Three years after the hiring of Nick Clegg, Facebook has switched from being the completely ungoverned wild country where fake news propaganda is allowed to roam free, to an institution committed to promoting the company’s favorite angle on world events.

This anti-free speech attitude is now policy with Facebook, as well as its subsidiary WhatsApp, and its competitor Twitter. In the words of George Orwell’s 1984: “And if all others accepted the lie which the Party imposed—if all records told the same tale—then the lie passed into history and became truth. ‘Who controls the past’ ran the Party slogan, ‘controls the future: who controls the present controls the past.’” 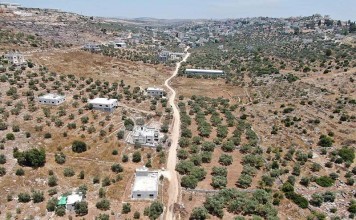 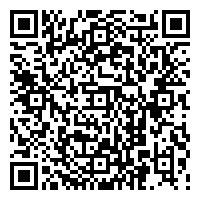