Member of Knesset (MK) Benny Gantz, head of the Blue and White Party, on Thursday dismissed Prime Minister Benjamin Netanyahu’s offer to form a unity government, saying he will be the one leading a unity government.

MK Yair Lapid, number two on the list, accused Netanyahu of trying to cause another round of elections and rejected his offer as a “spin.”

Gantz and Lapid made the announcements at their party’s first meeting after the elections. Gantz said that a unity government is what the public voted for and that he plans to negotiate responsibly.

Gantz criticized Netanyahu’s formation of a bloc with the right-wing parties prior to the unity offer. “To establish a unity government one does not come with political blocs and spins but rather an honest, responsible and serious attitude. I am interested in and intend to form a broad, liberal unity government under my leadership.”

Lapid, who has a rotation agreement with Gantz under which each of them will serve as prime minister for two years, attacked Netanyahu’s offer.

“Netanyahu is trying to push the country to a third round of elections. He is not willing to accept the election results. One person is currently preventing the establishment of a liberal unity government. When considering what is good for the country and what is good for one person, the country comes first,” he said.

MK Moshe Ya’alon, number three on the Blue and White’s list, also rejected Netanyahu’s offer. “We will not enter a coalition headed by Netanyahu! We have come to mend what is broken and get the country back on track. With Netanyahu, that will not happen,” Ya’alon said.

Netanyahu responded to the rejection by stating that he was “surprised and disappointed to learn that at this time Benny Gantz still refuses to accept the invitation to meet.”

“The President called for unity, and without a meeting between the two major party leaders, it is impossible to form a unity government. My invitation to meet still stands. This is what the public expects from us,” Netanyahu told Gantz.

The counting of votes continues, and the number of seats expected to be granted to each party following the elections can still fluctuate slightly. The latest reports give Blue and White 33 seats, two more than the Likud’s 31 seats. 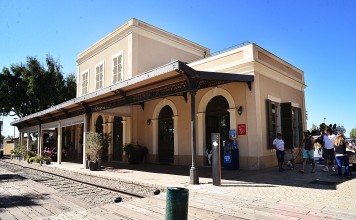