The Israeli Honey Board announced Tuesday, that the fires in the Gaza Belt region caused by aerial arson attacks launched by fire kites and helium balloon bombn have caused hundreds of thousands of shekels worth of damage to the beehives at Kibbutz Erez and Kibbutz Yad Mordechai.


The fires completely destroyed 30 hive systems and damaged 30 more before they could be evacuated, as well as roughly 170 acres of fields surrounding them.

Despite having successfully evacuated many hives from the fields before they were destroyed, a remaining problem is the lack of an alternative location where they can be transferred to. “It’s very hard to watch fires destroy the farming lands and the beehives,” said Alon Sagron, a beekeeper from Erez who helped evacuate the endangered hives. “After much hard work, some of the hives were saved, but the main problem is that there is nowhere to place the rescued hives at the moment. Therefore, the honey production this season will take a blow.”

Ze’ev Midan, Chief Executive of the Israel Honey Board, said the inability to place beehives in burned areas can have adverse effects beyond just a decline in honey production as it will lead to bees not pollinating the fields in the area.

“The farmlands in the Gaza Belt are being hurt twice. Once from the fires, and the second time as a result of the beekeepers not being able to place the hives in burned areas, which leads to the farmlands not being pollinated,” Midan said. “This results in financial damage to both the farming and honey sector as well as to honey production. The hives that were placed in order to accumulate honey were destroyed or damaged beyond repair, and the ones that remain in the fields are not always accessible due to the fires.”

Last week, Treasury Secretary Moshe Kahlon announced that farmers in the Gaza Belt will receive an immediate stipend to the tune of half of all damages caused by the attacks, with the remainder to follow as soon as possible. 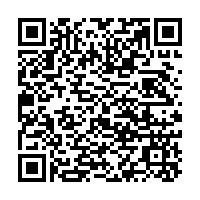