Yes, I know, the Israeli shekel is not all green, only the fifty shekel bills come in green, the rest are red, yellow, and blue – but you got the point. Israel’s Education Ministry on Thursday morning sent a message to school principals that come Sunday, October 3, teaching staff will not be able to enter the educational institutions without a green tag or a negative corona test, and the latter would only be good for two or three days.

“An absence will be considered unjustified and would not qualify for receipt of wages,” read the document that was sent to school principals.


In addition, the Ministry emphasized that an employee who does not have a green tag will not be allowed to hold distance learning sessions as an alternative to working inside the educational institution. Also, an employee without a green tag does not qualify for unpaid leave. Indeed, to ensure the continuity of educational services for their students, teaching staff must inform the school principals in advance whether they intend to present a green tag or a negative test next week.

Former Education Ministry Director-General Michal Cohen, who currently serves on the Corona Czar’s advisory committee, endorsed the decision, saying, “It is inconceivable that unvaccinated teaching staff who at the same time also refuse to present a negative test would enter the classrooms. The requirement from parents, children, teachers, and the general public must be the same: get vaccinated. It’s the only way to maintain a long-term life routine, especially an education routine.”

Earlier this week, the Health Ministry announced that 50% of teachers had been vaccinated with a third dose. So far, 3,128,158 Israeli residents have received the Pfizer booster shot.

Earlier this week, the secretary-general of the Teachers’ Union, Yaffa Ben-David, spoke out strongly against the decision of the Corona Cabinet to make a Corona test a condition for entry into elementary schools and kindergartens. She announced that should the decision pass, “the teachers’ union would petition the High Court to issue an injunction to prevent this decree that could kill the entire education system.”

She explained that the requirement to vaccinate or present a negative test was a decree that teachers cannot abide by and cannot be carried out “for one simple reason – it goes against the nature of their role.”

The Jewish Press reported on Thursday (Israel Battling Hospital Crisis as 79% of Critical Corona Patients Are Unvaccinated) that 669 new Corona patients age 60 and under were hospitalized in critical condition in September in Israel, and 531 (79%) of these critical patients were not vaccinated at all, 120 received two vaccine doses, and only 18 received the third dose as well. In other words, only 2.7% of critical Corona patients received the booster shot, while the country’s hospitals are collapsing under the burden of more than 93% of critical patients who failed to follow the medical establishment’s advice. 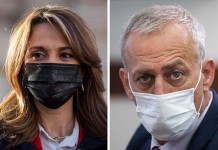 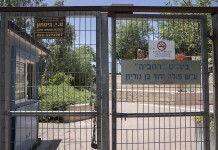 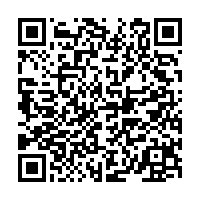