Matan Sidi, Media Advisor to Prime Minister Naftali Bennett at the Spokesperson’s Office, said on Thursday that the Prime Minister’s speech to the UN General Assembly on Monday at 4 PM Israel time will be different in style from Netanyahu’s speeches. There will be no visual aids, posters, drawings, and the like. The core of the speech will be a defense of the State of Israel against those in the world who judge it unfairly, including UN institutions.


According to Barak Ravid, Diplomatic Correspondent for Walla News, Sidi said that Bennett’s speech at the UN will also include a segment dedicated to Iran, but the message will not be warnings and alarms but a simple statement: we will do what’s right about Iran.

Netanyahu’s cartoon-style bomb illustration at the assembly was indeed ridiculed by many in the West and followed by many, hilarious memes. But yours truly became curious about what it was Netanyahu actually said that time in New York City, three years ahead of the nuclear deal and almost a decade before the Iranian nuclear threat has become a near-reality.

The Jewish Press published the transcript of PM Netanyahu’s Speech to the General Assembly and I read through it and was impressed by the sheer oratory strength of his message. Here’s a sample, note how many bases he covers in three paragraphs and how eloquently:

Yesterday was Yom Kippur, the holiest day of the Jewish year. Every year, for over three millennia, we have come together on this day of reflection and atonement. We take stock of our past. We pray for our future. We remember the sorrows of our persecution; we remember the great travails of our dispersion; we mourn the extermination of a third of our people, six million, in the Holocaust. But at the end of Yom Kippur, we celebrate. We celebrate the rebirth of Israel. We celebrate the heroism of our young men and women who have defended our people with the indomitable courage of Joshua, David, and the Maccabees of old. We celebrate the marvel of the flourishing modern Jewish state. In Israel, we walk the same paths tread by our patriarchs Abraham, Isaac, and Jacob. But we blaze new trails in science, technology, medicine, agriculture. In Israel, the past and the future find common ground.

Unfortunately, that is not the case in many other countries. For today, a great battle is being waged between the modern and the medieval. The forces of modernity seek a bright future in which the rights of all are protected, in which an ever-expanding digital library is available in the palm of every child, in which every life is sacred. The forces of medievalism seek a world in which women and minorities are subjugated, in which knowledge is suppressed, in which not life but death is glorified. These forces clash around the globe, but nowhere more starkly than in the Middle East. Israel stands proudly with the forces of modernity. We protect the rights of all our citizens: men and women, Jews and Arabs, Muslims and Christians – all are equal before the law.

Israel is also making the world a better place: our scientists win Nobel Prizes. Our know-how is in every cell phone and computer that you’re using. We prevent hunger by irrigating arid lands in Africa and Asia. Recently, I was deeply moved when I visited Technion, one of our technological institutes in Haifa, and I saw a man paralyzed from the waist down climb up a flight of stairs, quite easily, with the aid of an Israeli invention. And Israel’s exceptional creativity is matched by our people’s remarkable compassion. When disaster strikes anywhere in the world – in Haiti, Japan, India, Turkey Indonesia, and elsewhere – Israeli doctors are among the first on the scene, performing life-saving surgeries.

I recommend you use some of your intermediary holiday to re-read that speech, especially if you’re a history buff and political junkie (like yours truly): Transcript: PM Netanyahu’s Speech to the United Nations General Assembly in New York. 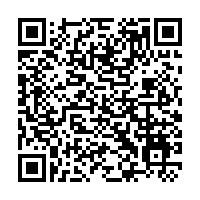