Update: The doctors at Shaarei Tzezek will not be releasing Yehudah Glick on Sunday as previously planned. On Friday, the doctors decided to run some additional medical treatments on him.

Shaarei Tzedek Hospital officials said that Rabbi Yehuda Glick will be able to go home Sunday following his miraculous recovery from gunshot wounds at the hands of a Jerusalem Arab who tried to assassinate him last month.

The chief rabbis of Jerusalem and of Israel visited Glick this past week, challenging themselves in the art of diplomacy considering their interpretation of Jewish law that Jews are prohibited from visiting – let alone praying – on the Temple Mount.


Rabbi Glick is the leading activist to encourage Jews to listen to the rulings of a growing number of national religious rabbis who have stated there is no problem with visiting certain areas of the site that covers the ruins of the First and Second Temples.

All rabbis agree that it is forbidden to walk in certain area, such as where the Holy of Holies once stood and where only the High Priest was allowed to enter once a year, on Yom Kippur.

Jerusalem Chief Ashkenazi Rabbi Aryeh Stern visited Glick in Thursday. Despite his opposition to Jews visiting the Temple Mount, he tactfully said, “It is with the help of God that He wants your words, and your intentions are in the name of God, and that is most important.”

Glick to told Chief Ashkenazi Rabbi David Lau earlier this week that the Jerusalem Arab who shot him first told him, “I am sorry. But you are an enemy of Al Aqsa” and then pumped four bullets into his chest, one of them puncturing a lung.

It is not surprising that Sephardi Chief Rabbi Yitzchak Yosef did not visit Glick. Rabbi Yosef last week was not satisfied with reiterating the Haredi stand that Jews aren’t allowed to visit the Temple Mount. He went to the extreme of disgracing himself by labeling rabbis who permit visits as “fourth-rate” rabbis.

Doctors at Shaarei Tzedek will hold a press conference on Sunday before Glick goes home to continue his recovery, which he will not consider complete until he returns to the Temple Mount. Of courses, no one will allow him to pray there because Muslims are afraid that God may hear his prayers, 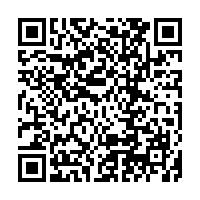