Following a long hiatus due to COVID-19, the World Council of Churches’ controversial “ecumenical accompaniers” have returned to Israel, Im Tirtzu reported this week.

The Ecumenical Accompaniment Programme in Palestine and Israel (EAPPI) which sends operatives to “monitor and report human rights abuses,” is the flagship program of the World Council of Churches that boasts a fellowship of “352 churches from more than 120 countries, representing over 580 million Christians worldwide.”


According to the EAPPI, since its founding in 2002, it has sent more than 1,800 “accompaniers” to Israel to “witness life under occupation” and to be “the first to respond to human rights violations.”

In response to the EAPPI’s return, Im Tirtzu has resumed filming EAPPI’s activities and put up large banners in Hebron informing IDF soldiers about the illegal presence of the accompaniers, urging soldiers to report them to the authorities.

These accompaniers enter the country predominately using tourist visas and then proceed to operate in Judea, Samaria, or Jerusalem for three months. Upon their return home, they share their experiences with their churches and communities.

EAPPI has come under fire from an array of pro-Israel groups that have shed light on its anti-Israel activities, noting that the accompaniers violate the conditions of their tourist visas by harassing IDF soldiers and residents, and upon their return home engage in anti-Israel advocacy including promoting BDS and smearing Israel as an apartheid state.

In 2019, the EAPPI pulled its accompaniers from Hebron in response to an initiative of Im Tirtzu which sent its members to film and expose EAPPI operatives in the ancient city. This week, Im Tirtzu reported that EAPPI members have returned to Hebron for the first time since the outbreak of the pandemic.

“The World Council of Churches and their accompaniment program do nothing apart from fueling the fires of conflict,” said Im Tirtzu CEO Matan Peleg. “These so-called accompaniers film and harass IDF soldiers and seek out provocations to cast Israel in a negative light back home.”

Peleg added: “We will continue working hard to oppose the EAPPI’s anti-Israel activities and to see to it that these provocateurs are not allowed to enter the country.” 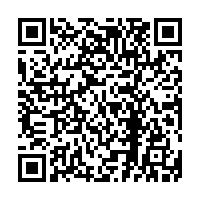