Last week, UK Health Secretary Matt Hancock told Parliament that at least 60 municipalities recorded Covid-19 infections that had been caused by a new variant of the virus, the BBC reported. He informed MPs of a sharp, exponential rise in coronavirus infections across London, Kent, parts of Essex and Hertfordshire.

Israel’s Population and Immigration Authority on Saturday night notified all the airlines flying to Israel that non-Israelis will no longer be allowed to fly to Israel from the UK because of the new mutation. The ban includes passengers on connection flights that stop in the UK.


It appears that in the UK the virus has changed the composition of the “spikes” on its surface, intensifying their protein’s ability to latch on to human cells and invade them. According to a recent report, the mutation, known as N501Y, can spread 70% faster than earlier variants of the virus.

“We’ve currently identified over 1,000 cases with this variant predominantly in the South of England although cases have been identified in nearly 60 different local authority areas,” Hancock declared. “We do not know the extent to which this is because of the new variant but no matter its cause we have to take swift and decisive action which unfortunately is absolutely essential to control this deadly disease while the vaccine is rolled out.”

UK Prime Minister Boris Johnson imposed a lockdown on more than 16 million citizens and reversed plans to ease curbs over Christmas in an attempt to deal with the new coronavirus strain.

Since Hancock’s declaration, scientists have been trying to understand why the new strain of the virus is spreading so much more rapidly than the earlier variants. Viruses mutate all the time, which is why, for instance, the flu vaccinations administered by health authorities must be updated every year. But the mutation does not necessarily make the viruses spread faster or more lethal.

Neville Sanjana of the New York Genome Center says there is no evidence to suggest the variant has spread to the US. Israel’s Health Ministry has been discussing the new strain in a string of emergency meetings that began on Saturday afternoon.

Professor Galia Rahav, Head of the Infectious Disease Unit and Laboratories at the Sheba Medical Center, told Ynet that “the big questions that come up here are whether corona tests today reveal the mutated virus and whether the vaccine covers this virus. I imagine that even if there is a problem since the vaccine is an mRNA, it should be possible to develop a vaccine for this virus as well.”

Rahav added: “As of November, we have not seen the genetic sequencing of the virus in this country. Unfortunately, the epidemiological investigation does not show how many people returning from abroad are Corona positive because they are not checked when they arrive, and even if they were, their test could be negative.”

Rahav stressed that “serious monitoring of passengers returning from abroad is a must. DNA sequencing tests should be started for returnees from the UK and other countries to find out in the coming days whether a mutation is present in Israel or not.”

Israel saw 1,866 new verified coronavirus patients on Sunday, based on 61,962 test results obtained Saturday. As of Sunday morning, Israel has 447 coronavirus patients in severe condition, with 110 on respirators. There have been 3,074 death since the outbreak of the pandemic.

The Netherlands banned as of 6 AM Sunday all passenger flights from the UK until January 1. The ban was instituted hours after Britain issued stricter restrictions for part of the country to slow the new variant.

The Dutch health ministry issued a statement saying, “An infectious mutation of the COVID-19 virus is circulating in the United Kingdom. It is said to spread more easily and faster and is more difficult to detect.” The Dutch health ministry, therefore “recommends that any introduction of this virus strain from the United Kingdom be limited as much as possible by limiting and/or controlling passenger movements.”

The Netherlands is under a five-week lockdown until mid-January, with schools and all non-essential shops closed. 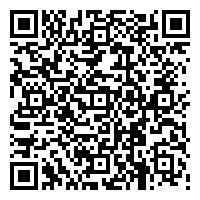