Eight Israeli Arab citizens living in the central city of Lod were arrested by security personnel in connection with firebombing attacks on two Jewish homes on May 28, it was announced Thursday (July 15).

The attack took place after a ceasefire was established in the wake of Operation Guardian of the Walls, the 11-day mini war between Israel and Gaza’s ruling Hamas terrorist organization.

The eight suspects, ages 15 to 22, are to be indicted in the coming days.

The suspects are accused of firebombing an apartment building where Jews live, with five Molotov cocktails.

Two of the apartments in the building were damaged by the flames. Miraculously, no one was physically injured.

The attack took place during a series of attacks in the city, where Arab residents attacked Jewish residents nightly in a weeks-long period that spanned the entire mini war. Intense Arab attacks on Jews – and some attacks by Jews on Arabs — were triggered by the war but lasted well beyond the end of the conflict.

In Lod, a Jewish resident and an Arab resident were killed in separate attacks during the riots.

The attack was “different in character from other attacks that took place during the clashes in May,” said the Shin Bet. “It wasn’t a product of spontaneity in the heat of the moment, but rather was planned over a period of several days.”

A state of emergency had been declared in the city by then-Prime Minister Benjamin Netanyahu, which enabled city officials to declare a lockdown from 8 pm to 4 am.

The move came after Arab residents attacked their Jewish neighbors, torching three synagogues and dozens of cars as well as a Jewish school for children.

At the time, Lod Mayor Yair Revivo told Israel’s Channel 12 News, “We have lost control of the city and the streets.”

Deputy Mayor Nati Isaac arrived at the school where his son attended to document the damage. He broke down while filming: “They burned down the classrooms. What do we say to our children?”

Arabs in Lod were not randomly roaming around searching for target: on May 15, Channel 20 reporter Avraham Bloch described in a tweet how the Arab rioters were using the minarets that top the mosques in the city to direct rioters to where Jews and police were. 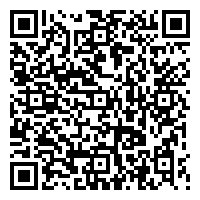