Right-wing activists demonstrated outside the IDF’s Kirya headquarters in Tel-Aviv Wednesday night while inside, the security cabinet was debating the security situation following a week rife with terrorist murders in three major Israeli cities.

Chanting “Jewish blood is not free,” “We demand deterrence,” and “Let the IDF win,” the demonstrators called on the government to restore security and deterrence by enacting harsh measures against Arab terrorists.


The demonstrators also held up signs calling on Internal Security Minister Omer Barlev (Labor) to resign, accusing him of obsessing over so-called “settler violence” while responding softly to Arab terrorism.

Barlev, the son of late IDF Chief of Staff Chayim Bar-Lev, who also served as Police Minister (Internal Security’s less PC, original name) was among the founders of Peace Now, in 1976

The demonstration was organized by Im Tirtzu, in collaboration with Regavim, My Israel, the Negev Rescue Committee, the South Tel-Aviv Liberation Front, the Choosing Life Forum of Bereaved Families, Heganu, the Soveritny Movement, Women’s March, and Ad Kan.

“The time has come to take a harsh stance against terrorism and restore deterrence,” said Yehuda Sharabany, formerly a spokesperson for the Likud Youth and now Coordinator of Social and Political Projects at Im Tirtzu.

“We demand the following three actions: the immediate cancelation of entry permits from Gaza and the Palestinian Authority ahead of Ramadan; revoking the citizenship of Israeli-Arab terrorists; and immediately demolishing the homes of terrorists. Now is the time to act, not to hesitate,” Sharabany added.

Foreign Minister Yair Lapid on Thursday defended the Shin Bet after the clandestine organization had been slammed for its failure to stop three shooting attacks by released Arab security prisoners.

“The attacks on the Shin Bet fighters are unjust, unfair, and lack national responsibility,” Lapid tweeted. “In intelligence work, there is not and cannot be 100% success, but in the State of Israel there are thousands of people who will never know that their lives have been saved thanks to a professional, brave and sophisticated organization that does sacred work.”

Granted, but public officials justifying the wanton murders of 11 Israelis by pointing out how many Israelis weren’t murdered is the stuff that moves people to gather outside Army headquarters and shout angry slogans. 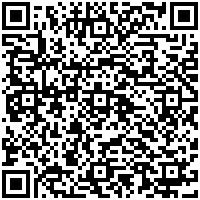