Honenu legal aid society’s attorney Chaim Bleicher on Tuesday urged Israel Police to locate and arrest an Arab rioter who last Wednesday was recorded hitting a Jewish man with an iron chain near the Shimon HaTzadik neighborhood in Jerusalem in plain view of police officers in a patrol car that did nothing to stop the incident.

Bleicher reported that, according to the video above, a police car was parked only yards away from the rioter who attacked a reporter for News of the World, hitting him several times with an iron chain. Only after a few Jewish youths had arrived did the rioter flee the scene, again undisturbed by the cops.

Bleicher noted that documentation of the attack had been forwarded to the police and demanded that everything be done to arrest and indict the attacker.

The attack followed an initial attack by Arab rioters on Jews, as was described by the victim: “Half a minute after the violence started, the police arrived and parked there. The rioters were not afraid and continued to throw stones, hiding behind the police car.”

The victim continued: “I stood at a corner and tried to take pictures of the event from there, thinking they wouldn’t go near me there, but one of the rioters passed the patrol car, approached me, and started whipping me severely. Two boys who saw it chased him away and saved my life.”

Attorney Bleicher said: “This is a serious, dangerous, and antisemitic attack that was carried out fiercely and without fear of the law. We hope that the police will do all that is required to bring the violator to justice and punish him with the full force of the law.”

Or else, in a few days, when Internal Security Minister Itamar Ben Gvir takes office, God willing, this and other similarly urgent matters will be handled. 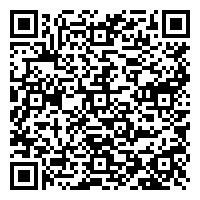