The first cracks appeared in the coalition’s unified voting record on Wednesday. Upon passing the budget the other week, Prime Minister Naftali Bennett declared that the coalition would now be even more stable, though outside observers noted that it was more likely to make the coalition more chaotic, now that Yair Lapid is safely ensconced to automatically replace Bennett in the rotation government.

The first opposition vote to pass was a bill to build a hospital in the Arab town of Sahknin. Ra’am MK Mazen Ghanaim voted with the opposition to pass its first reading at 51:50.

Ghanaim’s vote caused an uproar in the Knesset.

The second was an amendment by opposition MK Yaakov Asher, which declared racism against Haredim a criminal offense. It passed its first reading at 33:32. While no coalition members voted for it, not enough voted against it to have it fail.

Members of the Yamina party expressed their concern over the fraying coalition discipline with different coalition members seemingly acting independently of the coalition’s directives, as well as confronting and criticizing other coalition members’ policies openly.

Coalition representatives criticized Ra’am, telling Kan 11 news, “The previous government fell precisely because of such conduct, RAAM promised us that it would vote with the coalition and did not keep its promise. It is impossible for Knesset members to repeatedly violate coalition discipline.”

An opposition bill to regulate young (Jewish) settlements failed to pass, after Yamina voted against the pro-settlement bill. 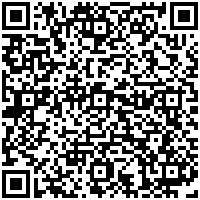