Despite his attempt to show deference to his predecessor, Prime Minister Naftali Bennett took a swing at his former boss when he said that the ministers in the new government would be a better fit in carrying out the duties of their portfolios. It should have stung, because the past two years under former Prime Minister Benjamin Netanyahu were rife with internal wars within an impossibly split cabinet, and not so much about doing the job of governing.

The most poignant example was the failure to pass a budget. Netanyahu’s government did not fall because Yair Lapid and Naftali Bennett conspired to topple the Likud leader. It collapsed over a fight between Netanyahu and his rotation replacement from Blue&White Benny Gantz, over whether the budget would be annual or biannual – even as the deadline for submitting a budget was coming ever closer. There were deep, selfish reasons for both politicians to insist on their version of a budget, and in the end, they couldn’t get it together to pass a budget and prevent the mandatory new elections when they failed.


The slew of pundits on the right who have been foretelling the inevitable failure of PM Bennett to handle his ministers who come from such contradictory places in Israel’s political landscape should also examine this abysmal failure of the Netanyahu-Gantz partnership.

Against that background, Bennett et al have only one clear path forward, which is to pass a budget in the next one hundred days. Everything else, from the Islamist Arabs to Reform Jews, from Illegal Bedouin settlements in the Negev to Jewish outposts under threat of demolition in Judea and Samaria, from a collapsing healthcare system to an inadequate educational system, from IDF Haredi recruits to a state committee to investigate the death of 45 Jews on Mount Meron – is secondary. If come November, the state of Israel gets a budget that was passed with 61 votes, PM Bennett could end up being a good leader for Israel. If not – well, just read this morning’s right-wing papers.

The key factors in Bennett’s near future are not whether or not young Jews would be permitted to march with national flags in the streets of Jerusalem and enter Damascus gate. They’re not even the level of harsh response by the IDF to Hamas provocations. Those are always interesting, but they don’t matter nearly as much as the working relationship between the prime minister and his Finance Minister, one Avigdor Liberman. Everything in the next three months will depend on that relationship because Israel is in an economic ditch from which it must recover. This is not about Liberman punishing the Haredim, nor is it about Bennett appeasing the settlers. It’s about the logical and inevitably painful steps Israel must take to come out of the year of the pandemic and rampant unemployment and business paralysis. Everything depends on it, including, most crucially, Israel’s rating by S&P, Moody’s, and Fitch. The Israeli government must convince these global rating services that it can pay its long-term debts at a time when its budget deficits are in the tens of billions of dollars. The hemorrhaging of taxpayer money must be stopped, and to get that done Bennett and Liberman need technocrats with nerves and hearts of steel.

Luckily, both the PM and his finance minister have picked two such men to run their affairs. Bennett has called on Eyal Gabbai, Netanyahu’s director-general of the PM’s office from 2009 to 2011, to work for him in the same capacity. Gabay is an experienced professional, whose task, should he choose to accept it, would be to repair the damage to all the ministries from the two-year war they have endured. This task will be made even harder because of the difficulty in running a parity government. The PM’s office has one very effective weapon against ministers and their staff who defy the boss: the threat of holding back their legislation. But this very useful threat will be undermined by the veto right of the alternate prime minister, Yair Lapid. So that a good working relationship between Bennett and Lapid remains crucial for the very chances of this government to survive.

Enter Finance Minister Liberman’s choice for his director-general, Ram Belinkov, who resigned his post as budget director in 2009 over a disagreement with Netanyahu’s chief of staff regarding what Belinkov dubbed a criminal deal with the Histadrut labor union. It was Netanyahu’s second month in office after his comeback election. It was the worst possible time for a high-ranking professional in his government to bang the table and walk – but Belinkov just didn’t give a hoot.

To those of us who picture Israel Beiteinu chairman Liberman as a strong man who surrounds himself with yes-men, Belinkov would not be his obvious choice to run the finance ministry. The fact that Liberman picked a consummate professional who doesn’t suffer fools and is notoriously addicted to speaking truth to power, suggests more than any verbiage that Liberman wants real change in Israel’s economy. If you were dreaming of a less-centralized fiscal policy in Israel, with less red tape and less regulatory interference, you could do much worse than putting Belinkov in charge of the finance ministry. He led an incredibly strong budget department, but also held several senior management positions in the government (Director General of the Ministry of the Interior, Chairman of the Israel Ports Company, Chairman of the Metropolitan Mass Transit System), as well as senior management positions in the private sector. He has all the required experience to right the ship of finance and commerce in Israel – if he says yes to the offer.

In the throes of the Knesset brouhaha on Sunday, it was possibly difficult to catch and digest the very long and ambitious list of goals the new prime minister was trying to deliver over the screeching protests of Likud, Religious Zionism, and the Haredi parties (they were all concerned for the Yamina voters who had been fooled by Bennett, or as the departing Netanyahu put it: the worst fraud in the history of any democracy – but to date, more than 50% of Bennett’s voters have told pollsters they were pleased with his choices, and this number will probably rise should he succeed).

The Government Press Office sent out the written version of the prime minister’s acceptance speech, of which I’d like to share the part about his promises. Please note that it is free of hyperbole, does not attack any enemy, foreign or domestic, and focuses on the many ways in which his government plans to improve the lives of Israelis. I’ll tell you, if Naftali Bennett gets a third of this list done, he could probably live to win another stint at the helm.

“The following are some of the things the government will promote immediately:” 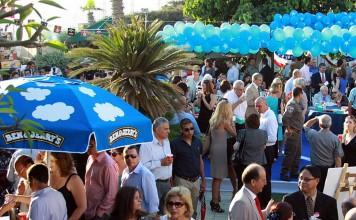 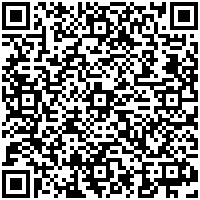