Blue and White faction leader Benny Gantz pledged Tuesday night to exclude the Arab Joint List from any coalition government that he will attempt to form in the next electoral round.

Gantz made the promise in response following remarks by Arab faction leader Ayman Odeh, who insisted earlier in the day that Gantz make a clear statement rejecting two elements of US President Donald Trump’s Middle East Peace Plan – the agreement to Israeli sovereignty over the Jordan Valley and parts of Judea and Samaria, and the swap that would see some Israeli Arab citizens living in central Israeli Arab towns – and the towns themselves in the area known as the “Triangle” – become a part of the future Palestinian state.

While Gantz supports the plan, he did say that he rejects the latter element, commenting that “No Israeli, Jewish or Arab citizen will be coerced into another country.”

Speaking while on a tour of Israeli Arab communities in northern Israel on Tuesday, Gantz said he would work to implement Trump’s “Deal of the Century.”

Israel, he said, “cannot tolerate support for terrorism or avoid condemnation. . . I am not afraid to speak to any legitimate political party but the [Arab] Joint List will not be part of the government I form.

“My disagreements with its leadership on the national and security issues are deep, difficult and unbridgeable.” 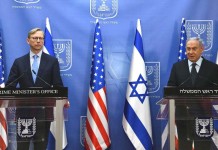 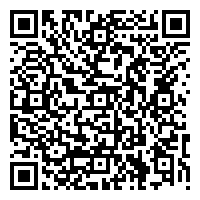