The Honenu legal aid society filed an appeal with the police following the closure of an investigation of a driver employed by the Nativ Express bus company who violently attacked a Haredi passenger. The case was closed without any investigative action being taken.

The police in downtown Jerusalem decided to close an investigation case against a bus driver who violently attacked a Haredi passenger and prevented him from getting on his bus. The passenger contacted the Honenu organization, which filed an appeal with the police regarding their closing the case and demanded that the investigation be reopened.


The incident took place on the eve of Lag B’Omer this year when the Haredi-looking passenger was standing at a bus stop at International Convention Center in Jerusalem, waiting for a bus to Tsfat. When the bus had arrived, a woman got on, but when the Haredi passenger tried to get on behind her, the Arab driver refused to let him in.

The passenger pointed out to the driver that there were empty seats on the bus, but the driver persisted in refusing him entry and suddenly, without a warning, kicked him in the face with great force.

The man, who was standing on the top step at the entry, fell backward and at the last minute managed to grab the railing and prevent his fall to the sidewalk. The driver then went after the stunned man and strangled him with one hand using his index finger and thumb. Only when another person who noticed what was happening ran towards the bus did the driver stop his assault.

The passenger called the police which arrived at the scene, took down the driver’s details, and later filed a complaint against him. But to the victim’s great surprise, the police closed the case without conducting a criminal investigation, and sent the victim a notice saying “a decision was made to close the case without conducting a criminal investigation, on the grounds that the circumstances of the case as a whole are not suitable for launching an investigation, since this is an event for which the criminal procedure is not a suitable framework for clarifying.”

Following the police decision, Attorney Haim Bleicher, representing the passenger on behalf of Honenu, filed an appeal with the downtown Jerusalem police against closing the case. When an Army Radio reporter made an inquiry, the police informed her that the case had been reopened, but no official notice had yet been given to the attorney and his client.

According to Bleicher, “this is a complaint about a very serious incident in which a public bus driver violently attacks a person in front of the general public, and even trying to strangle him. It’s not clear, therefore, how such a serious complaint is closed without an investigation. We asked the police to open the investigation case and bring on the indictment of the offending driver.” 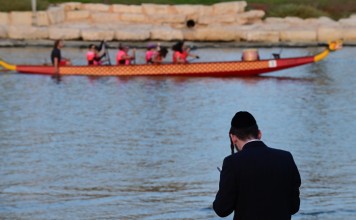 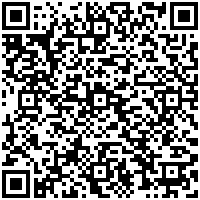