When the Gemara feels that someone is brought to our attention out of the blue, it will often rhetorically ask, “Who mentioned him?” In this week’s parsha, it would seem that the daughters of Tzelofehad mentioning that their father was not a member of Korach’s group should elicit just such a question. Though they may have been correct in telling Moshe that their father had not died with one of the groups that had been punished for grievous communal sins, why mention only this one?


According to some (Rashi, and especially Malbim), the phrase in question is actually more general than we might think and is meant to include any other relevant group as well. Most other commentators, however, say that there is something special about Korach that warranted mention here. While most who go in this direction look for a legal reason why specifically this group would be excluded from an inheritance in the land, Ramban and those that follow him present a more subjective explanation. According to them, the daughters thought that the uniquely personal nature of Korach’s attack against Moshe required that they make their disassociation from Korach completely clear. In Ramban way of thinking, they were afraid that Moshe would find an additional extra-legal way of punishing their father and strip him (and them) of his inheritance. However, even if Moshe actually felt otherwise and this was only their perception of him, it seems surprising that Moshe had allowed such a perception to survive so long after the actual event thirty eight years earlier.

But it seems to me that there can be a totally different reason for the daughters’ concern: In the past (see Redeeming Relevance in the Book of Numbers, Chapter 6), I have argued that the daughter of Tzelofehad’s petition represents a link in a chain of interrelated scenes in the Book of Bemidbar. In these scenes, we are being taught about the do’s and don’ts of how to make a grievance about the religious status quo. This begins with the men who were not able to participate in the Pesach sacrifice due to their being impure. They wanted to somehow participate in it nevertheless. Impressed with their motivation and sincerity, Moshe takes the petition to God. God too responds favorably with the creation of Pesach Sheni. The next obvious petition after that was that of Korach’s group. They learned from the previous example that there was room to challenge the status quo. And so they presented their own claim to Moshe. For fairly obvious reasons, however, they went too far. And so not only was their petition rejected out of hand, they were earmarked for public death and destruction. The dramatic public nature of their punishment was presumably meant to show others what could happen if one went too far in challenging authority. Whether that was the intention or not, the Jews would apparently not present another petition for the next thirty eight years.

But even if the negative outcome of Korach’s petition may have largely buried the positive precedent of the men of Pesach Sheni, the latter was only dormant and not dead. Hence when the daughters of Tzelofhad felt their own grievance, they remembered that there had been a similar case of people who had successfully petitioned Moshe. In fact, a careful reading of the text shows that they actually modelled their plea on that petition about Pesach. Yet that is not the only thing they remembered. They also remembered the big question mark that Korach had placed upon the Jews’ ability to know how a grievance could be presented. Hence it was not only enough to follow the example of those who had done it right. It was perhaps even more important to state explicitly that they were not following in the footsteps of Korach as well. For once both models were out there, a very clear distinction was necessary. After all, it was precisely the case of Pesach Sheni that allowed Korach and his assembly to think that they could have their own grievance redressed. Subsequently there was a more urgent need to separate between the two.

There is an important teaching here for those who seek to have legitimate grievances addressed. Because there have been destructive models of improper grievances against the status quo, it is not enough to present proper grievances in a positive way. It may be just as important for those presenting them to explicitly distinguish themselves from the improper models that they do not seek to emulate. Not only does it show a particular grievance’s own legitimacy, it allows for those in authority to be more trusting of – and hence more cooperative with – other such groups in the future.

And don’t forget to this week’s related podcast episode, “Women Rabbis and the Daughters of Tzelofehad!” 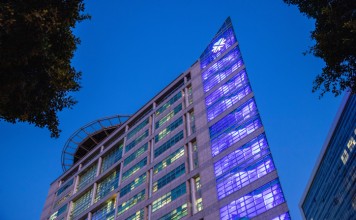