In case you were curious, this is how you say it: شاس. Thank you, Google Translate. And according to Kan 11 News on Wednesday, not only the Arab parties are fighting over the Arab voters, the شاس party is also planning a campaign in Arab communities – seeing as the three indigenous Arab parties––Ra’am, the Joint Arab List, and Balad––are not managing to get more than 40% of their voters to feign enthusiasm about the November 1 vote.

Unlike the Arab parties, شاس is capable of delivering on their promises, and those promises are concrete: their campaign intends to reach out to particularly disadvantaged Arab communities with promises of food-stamps cards, something شاس has already done when its chairman, Aryeh Deri, served as Interior Minister––to the benefit of Sephardic-Haredi and traditional شاس voters. The folks at شاس even consider holding a door-to-door operation in certain areas and hand out a letter of commitment saying if you vote for them, you’ll get the card.


Shas has launched an effective campaign video showing the Statue of Liberty holding an Israeli “Nutritional Security Card,” asking why can’t the Israeli government imitate the US’ food stamp system.

The Haredi party will go after Arab locations with traditionally low voter turnout, expecting less pushback there from Arab party activists. This is not the first time Shas has appealed to the Arab voters. When the party controlled the Interior Ministry, Shas was able to garner Arab votes based on the good relationship between Minister Deri and the heads of Arab municipalities.

Back when the NRP controlled the Interior Ministry, mostly in Labor governments, a substantial percentage of its votes came from Arab voters, most notably the Bedouin.

Deri has made the nutrition security card a cornerstone of his party’s campaign. He told Reshet Bet radio a few weeks ago: “During the Corona, I took NIS 700 million ($284 million) and we distributed food cards and it saved [the poor], literally.” When asked to support his claim, Deri replied: “Take the data from the Social Security Insurance, from the Central Bureau of Statistics… When we distributed the 700 million shekels, poverty was reduced.”

The problem is that it’s very difficult to calculate the poverty reduction, especially since the cards were distributed in 2021, and the latest official data on poverty levels refer to 2019 and 2020. So, the card may be a good idea, but not a proven one.

But, as I said, Arabs have been voting for religious Jewish parties since the establishment of the state. And 2 million Arabs can’t all be wrong. 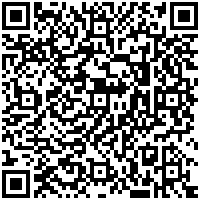