In a disturbing new trend, Palestinian rioters and terrorists have begun using fireworks as weapons.

Fireworks contain explosive charges, which can cause grave bodily injury, or death, when set off in close quarters with people.


According to statistics being kept by Tazpit News Agency, there have been at least six different times in the last ten days where fireworks have been thrown as explosives by rioters around Jerusalem. To make matters worse, police are generally unable to respond to those terrorists, as the rules of engagement limits the police from responding to fireworks – according to the law, fireworks are not even defined as weapons. This prevents police from being allowed to respond with force to the threat. T

azpit News Agency spoke with a spokesperson from the police unit tasked with dealing with the firework threat, and has been informed that those rules of engagement have not been changed at all.

However, for the first time, Israeli Chief of Police Yochanan Danino acknowledged the problem. He said yesterday that “usage [of fireworks] is a major threat to the safety and welfare of the public, with an emphasis on police forces who are working against those causing the disturbances.” In an effort to combat the fireworks, Danino convened a task group to discuss how to limit availability of fireworks – the laws regarding their import, distribution, and sale – as well as rework the rules of engagement for police officers responding to fireworks being used as weapons.

The task group has already begun crafting plans to crack down on illegal distribution of fireworks, and prevent them from being obtained by terrorists in Jerusalem, Judea, and Samaria. The Minister of Public Security released a statement saying “The phenomenon of shooting fireworks should be a top priority of the Ministry of Public Security and the Israeli Police.” “Shooting fireworks by rioters is intended to hurt security forces, interfere with maintaining public order, and violate citizens’ sense of security,” he explained. This follows a small arsenal being uncovered by police in Silwan yesterday.

It contained many fireworks, air guns, and metal to be used as shrapnel. This arsenal belonged to rioters, and the materials were confiscated by police. Several terrorists, including an owner of the house, were arrested.

Tazpit News Agency spoke with residents of the Old City of Jerusalem, where fireworks have been employed by Palestinian rioters in a variety of ways. One resident was asked about the damage these fireworks have caused. “It is important to remember that fireworks are incendiary devices,” he pointed out. “If they enter a window, they will burn down the house.” “People are also overlooking the trauma caused by these nightly attacks,” he continued. “People in the neighborhood have PTSD, and can no longer sleep. Every night, at different times, you are suddenly woken up by loud booms, and you don’t know where they are coming from, or what they are, or what to do, how to protect your family. Many people are starting to see psychologists, even psychiatrists, because they’re no longer functional.”

Fireworks are not only used against police forces during riots. Residents in the Old City of Jerusalem filmed fireworks being thrown as firebombs against houses. Exclusive video footage from Tazpit News Agency shows explosions from fireworks in a narrow alleyway in the Old City, where they are being used to attack the homes there. Police arrive at the scene, but are unable to enter the alley and neutralize the threat to the residents due to the danger posed by the fireworks. You can also hear residents screaming “fire”, as the fireworks have set something aflame. 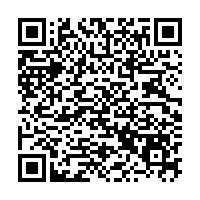