In an alarming escalation, an incendiary terror kite from southern Gaza was launched over the border into Israeli territory late Sunday evening, but for the first time it was carrying an improvised explosive device (IED) — a homemade bomb — instead of the firebomb that has been setting farmland ablaze over the past two months.

The IED terror kite landed near the Kerem Shalom land crossing. The IED attached to the kite was defused by Israeli Defense Forces. No injuries were reported.


The new phenomenon of kites carrying bombs to random Israeli destinations is extremely dangerous, especially since such explosives can easily land in the vicinity of children before security personnel can arrive to defuse them or protect the children from the devastating consequences.

Incendiary firebomb terror kites have, as it is, been extremely destructive.

A number of major fires broke out Sunday in the vicinity of the Gaza Strip and in Sderot, including a large fire near Kibbutz Or Ha’Ner. MK Ayelet Nahmias-Rabin (Zionist Camp) appealed to Prime Minister Netanyahu to declare the Gaza Belt communities a disaster area. “So far, according to estimates, some 6,200 acres of agricultural land and nature preserves have been burned in the area,” Nahmias-Rabin said.

Netanyahu instructed the head of the National Security Council, Meir Ben Shabbat, to prepare to dock the Palestinian Authority for the cost of damages caused to farmers by the incendiary terror kites along the Gaza border. 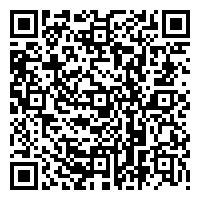