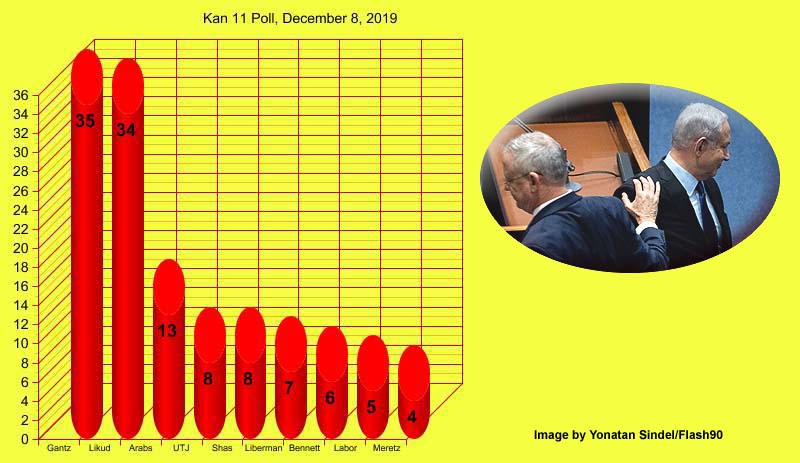 A poll done for Kan 11 News on Sunday by the Canter Institute shows a small strengthening of both Blue&White and Likud, at the expense of smaller parties in their respective blocs. This does not change the relationship between the blocs.

The Joint Arab List holds on to its 13 seats.

Both United Torah Judaism and Shas get 8 seats each.

Avigdor Liberman’s Israel Beiteinu is clipped down by one seat to 7.

A Naftali Bennett-Ayelet Shaked New Right party gets 6 seats – up from 3.

Labor-Gesher goes down to 5 seats from its current 6.

The Democratic camp (Meretz) is also down by a seat, from 5 to 4.

The left-center bloc remains, according to the survey results, at its current size of 44 seats.

The rightwing bloc is strengthened by one mandate and rises to 56 at the expense of Israel Beiteinu.

In response to the question whom they would prefer as the next prime minister, 41% of respondents preferred Benjamin Netanyahu, with Benny Gantz trailing with 38%, within the margin of error.

Interestingly, according to the survey, 17% of Blue&White voters prefer Gideon Sa’ar over Gantz for prime minister.

The survey was conducted on Sunday, with 556 respondents selected out of 1,271 who were asked to participate online. The margin of error was +-4.3%. 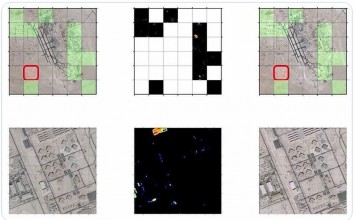 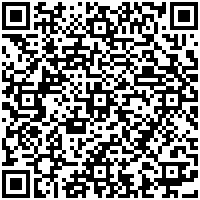