Leftwing NGOs Adalah and the Association for Civil Rights in Israel (ACRI) said in a statement Sunday that the Haifa District Court’s revocation of Alaa Ziyud’s citizenship, which will leave him stateless after he serves all or part of his 25-year prison term, was in contravention of international law. The two groups described the move as a “dangerous precedent,” vowing to appeal it in Israel’s Supreme Court.

On October 11, 2015, Ziyud, an Israeli citizen, ran over the soldier Orel Azouri and severely wounded her, then ran over another soldier who was standing at a bus stop at the Gan Shmuel junction. He then got out of his car and stabbed Azouri and two other people.


Judge Avraham Elyakim wrote that “Ziyud took advantage of his freedom of movement to harm the security of the state and the welfare of its residents and sought to impose an atmosphere of terror and take human lives.”

Adalah Attorney Sawsan Zaher and ACRI Attorney Oded Feller said in a statement that it is no coincidence that the concerned individual is an Arab citizen: “There has never been a request to revoke the citizenship of a Jewish citizen, even when Jewish citizens were involved in serious and grave crimes,” they stated.

“Unfortunately, the court today did not follow the lead of the Supreme Court which refused to order the revocation of the citizenship of Yigal Amir, assassin of former Prime Minister Yitzhak Rabin, and ruled that criminal law is the method by which serious crimes are confronted and denounced.”

A 2008 amendment to Israel’s Citizenship Law authorizes the court to approve a request from the interior minister to revoke the citizenship of Israeli citizens for “breach of loyalty.” 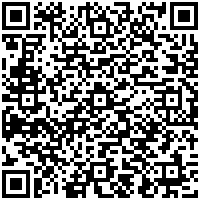