If I were Naftali Bennett, Makor Rishon would be my prime reading material this Shabbat, inspiring a spirit of peace and contentment in my house. Because the Makor Rishon commissioned survey from Direct Pulse, with 694 respondents and a -/+ 4% sampling error, gives the Bennet/Shaked New Right party 8 seats, had the elections been held today. The same survey also gives Habayit Hayehudi with its National Union partner 4 seats, making the Religious-Zionist faction the third-largest in the Knesset with 12 seats, one seat more than Yair Lapid’s Yesh Atid.

The survey also reveals the catastrophic unintended consequences of Israel Beiteinu chairman Avigdor Liberman’s idea to raise the vote threshold to 3.25%, back in 2015. Liberman aimed to eliminate the four Arab parties from the Knesset – but instead got them to unite, and garner 13 seats. The survey shows the Joint Arab List, which has split in two, still getting 12 seats, while Liberman’s party goes down from 6 to 5 seats. But that’s not the worst of it:


The survey reveals that close to 10% of the votes which go to the small parties that do not rise above the threshold would be lost. That’s 12 mandates, and hundreds of thousands of Israelis whose votes will not matter this election. Thank you, Mr. Liberman. Any other clever ideas?

The really clever idea of this week goes to Bennett and Shaked, who lured into their list businesswoman, Silicon Valley winner and owner of the Hapoel Beer Sheva soccer club, Alona Barkat. She is enormously popular (her team won the major league championship in 2016) and her arrival gave the New Right an eighth seat.

Based on this survey, Netanyahu’s path to a coalition bloc is very clear: Likud-32 + New Right-8 + UTJ-7 + Shas-6 + Habayit Hayehudi-4 comes to 57. With Liberman, Bibi gets 62. The PM would still have to reach peace between Liberman and the Haredi parties over the IDF draft, but that’s the only stumbling bloc at this point. Of course, an indictment before the elections would make this entire speculation meaningless.

Gantz will have a much harder job: His own 23 + Lapid-11 + Labor-7 yields only 41. Meretz and the Arabs would only add 17 votes of support, leaving him with 58. Gantz would have to offer Liberman a whole lot to persuade him to join a government that rests on Arab and leftist approval. Not promising. 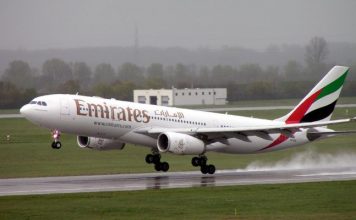