Prime Minister Benjamin Netanyahu on Tuesday issued a statement saying: “I strongly condemn the graffiti and vandalism of property in the village of Jish overnight. We will find the offenders and deal with them to the fullest extent of the law. We will not accept any attacks on our citizens.”

According to Police, dozens of tires were slashed and graffiti was sprayed on a wall in the Arab village of Jish in northern Israel early Tuesday morning. The police spokesman said this was a hate crime, including the graffiti, which called on Jews to “wake up and stop assimilating.” Ynet described the graffiti as “racist slurs.”

Another graffiti said, “Administrative Price Tag,” a clear reference to the administrative detention of a young Jewish man by the Shin Bet moments after a court had ordered his release following a week’s incarceration without access to an attorney and no proof to show for any wrongdoing on his part.

In a dismaying display of a cause and effect relationship between leftwing social media and the leader of Israel’s rightwing camp, MK Ofer Cassif, the Jewish token of the Joint Arab List, tweeted Tuesday morning: “This morning, another extremist rightwing hate crime against the Arab public was revealed. We all know that such a case in a Jewish settlement would have received immediate attention by the prime minister and quick arrests, therefore, the clear conclusion is that Netanyahu is interested in hate crimes and gives a green light to the perpetrators.”

And so, the PM reacted the only way he believed possible: condemned a slogan which is probably part of the Likud platform, or ought to be.

One other thing: when Arabs commit hate crimes their knives don’t slash tires. I, for one, would be delighted to see Arab terrorists who are satisfied with writing strong statements on Jewish walls and instead of mothers and their babies slash a few tires.

Having said all that, the price tag attack on this particular Arab village was badly misdirected, seeing as it is 75% Christian and friendly to the Jewish State. The village thrives on its good relationship with Jewish communities nearby and its market enjoys brisk business on weekends. 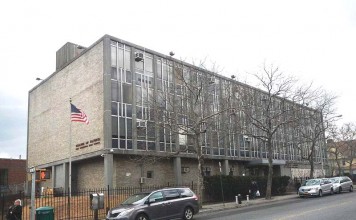 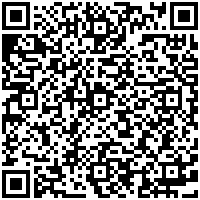