Channel 13 reporter Ayala Hasson on Thursday offered a glimpse into her investigation that exposed Razi Issa, a senior member of the Ra’am party, Chairman of the General Assembly of the Islamic Movement, Member of the Shura Council, and CEO of the 48 Association, has received compliments from Razi Hamed, a senior Hamas official, on the association’s activities. Issa also visited the Gaza Strip in 2019 and 2021 participated in the signing of the coalition agreement between Ra’am and Yair Lapid and Naftali Bennett.

Razi Issa was observed standing next to the same senior Hamas official at the inauguration ceremony for his association. In an interview, Hasson asked Issa: “What is Razi Hamed thanking you for? It’s a simple question.” Issa replied: “All of Gaza is grateful for our treatment of widows and orphans.” Hasson responded: “Widows and orphans I understand, but what’s a senior Hamas official thanking you for?” At which point Issa dodged: “How should I know?”

This little exposé was a teaser for the big exposé Hasson promises to reveal on her Friday night show. Meanwhile, even before all the stunning details have been shown, MK Itamar Ben Gvir (Otzma Yehudit), who probably won’t be watching Friday night, went on the attack: “The writing was on the wall! Senior Ra’am officials have been maintaining ties with Hamas. We warned, we rang the alerts, we shouted. Today, everyone understands that Bennett and Lapid endanger the security of the State of Israel and work for terror supporters. Shame on you.”

MK Amichai Shikli, also not a big television watcher Friday nights, also launched an attack—and he is part of PM Naftali Bennett’s own party: “My fellow members in the Yamina party – it’s time to understand that this government has no right to exist. Return home to the national camp and dismantle this dangerous government.”

The Religious Zionism party responded: “Naftali Bennett was right when he said before the election, ‘Mansour Abbas is a sister movement of Hamas. Collaborating with Ra’am is a very crazy and serious thing. It is forbidden to cooperate with the Israeli branch of the Muslim Brotherhood.'”

If you made it this far…

On a related note: DoubleCheque, an investigative service that looks mainly into financial stories, this week published the results of its investigation into Hamas, revealing that the terror group manages a covert investment portfolio using 40 global companies and assets worth hundreds of millions of dollars (The Double Cheque investigation).

The Hamas-controlled companies are located in Turkey, the UAE, Saudi Arabia, Jordan, Algeria, and Sudan, mostly in real estate and infrastructure. They manage huge projects and hold assets for Hamas that are valued at half a billion dollars. The profits from this portfolio are used to finance Hamas terror activity and military build-up projects, such as the procurement of weapons. 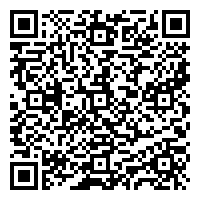