In a rebuttal brief filed with the U.S. District Court for the District of New Jersey, attorneys for Ben & Jerry’s in Israel, also known as American Quality Products (AQP), and its owner Avi Zinger note that Defendant Unilever (in its opposition brief) “Effectively concede[s] that the only reason for not renewing AQP’s license is AQP’s refusal to engage in illegal conduct.”

Last month, AQP and Zinger sued Unilever and Ben & Jerry’s in the U.S. District Court of New Jersey for unlawfully terminating its 34-year business relationship to boycott Israel. According to the lawsuit, terminating AQP’s license solely because the company refused to break the law constitutes wrongful termination and breach of contract under U.S. law, which governs Unilever U.S. and its Ben & Jerry’s subsidiary. Zinger and AQP are seeking an injunction from the U.S. Court that would enable AQP to continue manufacturing and distributing Ben & Jerry products in all of Israel.


AQP maintains that Unilever not only ignores but derides as a “sideshow” the central legal doctrine of the case: universally accepted law condemns termination of a business relationship for one party’s refusal to commit an unlawful act. In this case, that act is: “discriminating against customers who live in the West Bank and East Jerusalem. Moreover, Unilever pejoratively diminishes as a ‘red herring’ the fact that its unlawful demand (that AQP stop selling Ben & Jerry’s ice cream in those areas) violates Israeli law, the 2001 antitrust Consent Decree of the Israeli Competition Authority, United States export law, and the pro-competition and anti-boycott laws and public policies of the United States and many states including New York and New Jersey.”

Unilever’s insistence that it possesses an “absolute” right to terminate – or refuse renewal of – AQP’s contract disregards abundant legal precedent that refusal to obey unlawful orders is itself an unlawful precondition for termination or non-renewal. As AQP notes in its brief: “Many courts recognize, and New Jersey law emphatically declares, that even at-will employment, which is terminable for any reason or for no reason at all ‘may not be terminated…in retaliation for…refusal to perform an illegal act.’”

Unilever also declined to refute the facts that termination would cause “irreparable harm” to AQP and Zinger – and that the balance of harms and public interest favor an injunction that maintains the status quo pending the lawsuit’s outcome.

“Unilever’s unlawful demand that Avi Zinger and AQP discriminate against customers based on their residence isn’t a ‘sideshow’ – it’s the main show,” declared Brandeis Center President Alyza Lewin. “By insisting Zinger violate Israel and U.S. anti-discrimination and anti-boycott laws and public policy, Unilever violated the Consent Decree and License Agreement it signed and unlawfully attempted to coerce AQP to violate laws both parties agreed to obey.”

The 2001 antitrust Consent Decree was issued by the Israeli Competition Authority (ICA) as a condition of the Israeli government’s approval of the Unilever-Ben & Jerry’s merger. Unilever was then as now, the world’s largest manufacturer of ice cream. The Consent Decree set out the terms under which it and Ben & Jerry’s were permitted to continue selling ice cream throughout Israel. At the time of the merger, Unilever already had a controlling interest in Strauss, the dominant ice cream company in Israel, and also controlled many of the major U.S. ice cream brands, such as Popsicle, Klondike, Breyers, Good Humor, and Magnum. The Consent Decree prohibited Ben & Jerry’s and Unilever from “narrow[ing] the scope of the license” issued to AQP or “degrading the terms” of the license without first notifying and receiving the approval of the ICA.

Unilever also violated the explicit provisions of the License Agreement that require compliance with all applicable Israeli and American national or local laws and regulations. These provisions prohibit AQP from breaking the law and Unilever from demanding that AQP violate the law. In addition, the License Agreement obligated AQP to “promptly notify Ben & Jerry’s” of any potentially unlawful act – which it repeatedly did – and also forbade the parties from making statements to the media about termination or non-renewal. Unilever violated this provision with its non-renewal statement that made headlines around the globe in June 2021.

The next date to watch in the case is April 12, the earliest date the Court could call for a hearing of oral arguments. 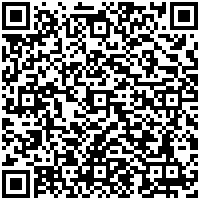