Alyza Lewin, president of the Louis D. Brandeis Center for Human Rights Under Law, who represents Avi Zinger and his outfit, American Quality Products (AQP), the Israeli manufacturer and distributor of Ben & Jerry’s ice cream, on Tuesday responded to the news of Ben & Jerry’s lawsuit against its parent Unilever Plc (ULVR.L) to block the sale of its Israeli business to a local licensee, saying: “It’s a done deal,” congratulating Unilever for taking the high road in this torrid affair.

Earlier on Tuesday, Reuters reported that Ben & Jerry’s was suing Unilever because the compromise it had reached with Zinger’s company was “inconsistent with its values to sell its ice cream in the occupied West Bank.”


The settlement that was reached in late June prevents Ben & Jerry’s from boycotting Israel and ensures that Zinger will hold on to his 34-year-old license to manufacture and sell Ben & Jerry’s ice cream throughout Israel and Judea and Samaria without interruption.

As part of the settlement that followed AQP’s March lawsuit, Unilever has sold its Ben & Jerry’s business interests in Israel to Zinger. The Ben & Jerry’s complaint that was filed in US District Court in Manhattan argued that the sale undermines the “integrity” of the Ben & Jerry’s brand. When Unilever acquired Ben & Jerry’s in 2000, the ice cream maker’s board retained the right to protect said “integrity.”

Antisemitism, thy new name is Integrity.

The board voted 5-2 to sue, the two objections came from the two Unilever board appointees.

Lewin noted that “Unilever chose the morally correct, socially just and principled path when it ensured that Ben & Jerry’s ice cream would always continue to be produced and sold in Israel and the West Bank. Avi Zinger stands arm in arm with Unilever and commends Unilever’s decision to forcefully defend its agreement with him.”

On the day of the settlement, Lewin stated: “The lawsuit the Brandeis Center filed on Avi’s behalf exposed the hypocrisy of the BDS movement and demonstrated how BDS harms the very Palestinians the movement claims to support. Today, those who promote cooperation and coexistence vanquished those who endorse bigotry, discrimination, and hate. BDS tried to stop Ben & Jerry’s from being sold in Israel. They lost. Now, thanks to Unilever’s principled stand, Ben & Jerry’s will continue to be sold throughout Israel and Judea and Samaria by Avi Zinger.”

She continued: “With this settlement, Unilever has ensured that Avi has the right – for eternity – to continue doing what he has done for decades as the exclusive producer and distributor in Israel of Ben & Jerry’s premium ice cream. This settlement enables Avi to continue providing jobs for refugees, new immigrants, and the disabled; economic opportunities for Palestinians; and support for Israeli-Palestinian coexistence programs and other human rights initiatives. Other corporations should take heed: BDS is bad for business. Discrimination never pays. Boycotts are not the answer. Engagement, cooperation, and coexistence are the true corporate avenues for peace.” 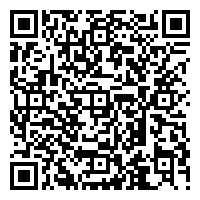