Last week, I attended the International Food Festival in Shusha, together with a group of 10 Israeli journalists and bloggers. We watched Azerbaijani theatrical shows, listened to Azerbaijani music, participated in traditional Azerbaijani dances, and ate food from many regions of Azerbaijan as well as other countries, including Malaysia, Georgia, Turkey, France, Italy, China, Japan, and Israel.

Shusha is a city in Azerbaijan, in the region of Nagorno-Karabakh, where two large-scale conflicts took place between Azerbaijan and its neighbor Armenia. Located at a high altitude, the city was a mountain resort during the Soviet era.


Milana Amirgulova, a member of Azerbaijan’s Mountain Jewish community, supervised the Israel table at the festival. “I am very proud to represent my historical motherland and my real motherland,” she told me. “We prepared three dishes: hummus and pita, a Mountain Jewish dish of chicken and rice for the main course, and cherry strudel for dessert, which was adopted by the Ashkenazi Jewish community in Europe.”

Milana was invited to represent Israel at the festival by the Azerbaijani Tourism Board. “A couple of weeks ago, we had Israeli Food Week held by Azerbaijani Home Chef,” she explained. “I was the first-place winner with the Arabic maqluba dish that’s popular in Israel. I received a free ticket to Israel and an invitation from Israeli ambassador George Deek to participate in the food festival.”

Rashad Gurbanov, the head of the Azerbaijani community in Italy, also participated in the Shusha International Food Festival. “A few years ago, Shusha became free again. Over the past two years, we tried to restore it. This culinary festival in Shusha is very important for the public relations of Azerbaijan. If we manage to organize the same festival every year, we’ll invite a lot of different people from all over the world that can learn about Azerbaijan and its cuisine.”

Gurbanov added: “It is our chance to show our best cuisine to the world. Normally, we have a big food exhibition at the end of May. Then we organize a big chef competition in Baku. We hope to be able to do the same in Shusha. We also organize many types of food festivals in different regions of the country. I am one of the organizers of the two-day pomegranate festival in early November. We also have an apple festival in Guba. Out of the world’s eleven climate zones, you can find nine in Azerbaijan.”

Kanan Guluzade, head of PR for Azerbaijan’s Tourism Agency, said about the International Food Festival in Shusha: “For us Azerbaijanis, Shusha is our cultural center and one of the main cities in the world. For thirty years, it was occupied by Armenia, but it was liberated two years ago. Now, in Azerbaijan, it is Shusha year, with so many activities. We have the Shusha Culinary Festival. Then, for four days, there will be a music festival. It will continue like this throughout the year. It’s an honor for every Azerbaijani to be in Shusha and greet our guests.”

Azerbaijani activist Jamila Javadova-Spitzberg believes that the fact that the international food festival took place right after the Congress of World Azerbaijanis had been held in Shusha is significant: “More than 400 people from around the world attended that conference. It was a celebration of victory over evil, a memorable and joyous gathering.”

“Shusha is where my mother’s ancestors came from,” she told me. “My grandfather and grandmother owned real estate here. Our main task is to restore and revive the city that has been declared the cultural and musical capital of Azerbaijan, after having been laid to waste for far too long.”

I’ve noticed many improvements in Shusha since my last visit there a year ago with former Israeli Communications Minister Ayoob Kara. There are proper roads, complete with gas stations and Azerbaijani tea houses, leading into Shusha. They did not exist a year ago. Inside Shusha I discovered the new, five-star Karabakh Hotel, offering fine dining and a luxurious gift shop. The Shusha Fort has been renovated and there’s a kebab market nearby. The local elementary school has been rebuilt and several mosques are under renovation. 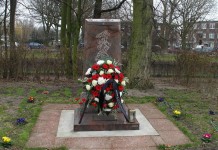 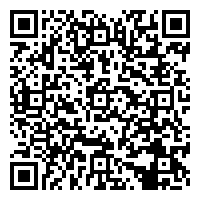