The selection of Paul Ryan, with his proposals for a trimmed-down federal budget, may not bode well for the Republican ticket among Jewish voters, wrote Josh Nathan-Kazis in the Forward.

He pointed to Florida’s 22nd Congressional District, in the heart of Jewish South Florida, which he says could be a key neighborhood in the presidential race.


But one early attack in a congressional race in a heavily Jewish Florida district suggests that Democrats will use Ryan’s proposed changes to Medicare and Social Security to bolster Democratic support among Jewish voters.

Florida is the largest of the swing states, says Nathan-Kazis, and its Jewish voters will have a huge impact on the presidential election.

Jonathan S. Tobin is not convinced. Democrats shouldn’t count on the Jews flocking to Obama so easily.

First, he argues, the Jewish voters who fear changes in Mediscare are voting for Obama regardless of Mitt’s pick. On the other hand, those American Jews who consider Israel’s security a major agenda in casting their votes will not favor Obama. “Voters who believe the president will sell out Israel are not the most receptive audience for a Democratic campaign based on the idea that Romney and Ryan will sell out the elderly,” Tobin writes.

“The issue was not whether Obama could hold onto more than 50 percent of Jewish votes, but how much of the 78 percent he got in 2008 would he be able to retain,” he points out. “The most optimistic estimates of the Democrat vote will keep him in the mid-60s, with his share of Jewish ballots in Florida probably being even lower.”

Ronn Torossian of Rightwingnews.com points out that Ryan has co-sponsored pro-Israel legislation, and has been very outspoken against Hamas.

He cites from Ryan’s website: “I believe at least one thing is clear: we cannot advocate for a solution to the Israeli-Palestinian conflict that jeopardizes Israel’s safety or legitimizes terrorism. Hamas, which is one of the two major Palestinian political factions, is an Islamist terrorist group whose charter calls for Israel’s destruction, refuses to recognize Israel’s existence, and calls Osama Bin Laden a ‘martyr.'”

Torossian also frames the Obama vs. Romney race as being one of secular vs. religious values: “The biggest response from the crowd today during his speech came when he said: ‘Our rights come from nature and God, not from government.'”

Interestingly, the NJDC is framing the competition similarly, except that the values it points to are not so much secular vs. religious, but the more vague non-Jewish vs. Jewish.

“Mitt Romney’s selection of Paul Ryan to serve as his vice presidential candidate is the clearest indication yet that Romney does not reflect the values of most American Jews. Ryan’s signature budget plan drew the profound concern and even ire of many in the American Jewish community because of its plans to end Medicare as we know it, slash vital social safety net programs, and increase the burden on seniors, the middle class, and the poor—yet Romney today proudly hitched his horse to Ryan’s dangerous plan. This alarming partnership between Romney and Ryan will further reinforce the reasons why such a significant majority of American Jews will be voting to reelect President Barack Obama this November.”

You’ll notice the absence of any reference to Israel, Iran, Palestinians and other characters in the other story which is of interest to U.S. Jews.

The Daily Beast’s Eli Lake made no bones about Ryan’s staunch politics regarding the rest of the world, in his report “Defense Hawks, Rejoice—Paul Ryan’s Your Man!”

“The Republican chairman of the House Armed Services Committee, Howard ‘Buck’ McKeon, said he was ‘very happy’ with the Ryan pick. McKeon said he has worked closely with Ryan to come up with ways to at least put off what is known as the sequestration cuts, and he praised the Wisconsin lawmaker for his overall philosophy in defense. ‘He understands the Reagan principle of having a strong defense and the Eisenhower principle of having a big enough military that no one would ever think about attacking you,’ McKeon told The Daily Beast.”

Except that, with his reputation as budget slasher, it’s difficult to envision Ryan embarking on making America’s military even bigger. Or, maybe, once in office, Ryan will trade the Congressional Republican view on curbing costs for the Dick Cheney school of the Imperial Presidency and start borrowing till it hurts.

If you ask me, after all the above quotes are copied and pasted, the Romney appointment of Paul Ryan is still a sign of weakness. Normally, a Republican candidate would want to appoint a VP that’s a bit to the left of him, to attract the independent voters at the center. The fact that Romeny chose to appoint someone to his right, politically, suggests that his own pollsters have been telling him that the home base is less than enthusiastic about the Mormon former governor of Massachusetts.

The fact that Romney picked a Catholic for the VP slot could mean either that the evangelicals no longer fear and loath Catholics (fat chance), or that Barack Obama gets four more years at his current residence.

And that, finally, is not very good for the Jews. 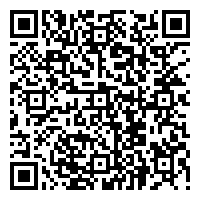